Retailer Teams Up with Jennifer Coolidge, the Radio City Rockettes and Amanda Kloots to Encourage People to Unapologetically Celebrate the Holidays When and How They Want To

Old Navy is celebrating the holidays earlier than ever this year and encouraging shoppers to do the same. The brand, known for its iconic holiday Jingle Jammies, has declared October the start of “#sorrynotsorry” season and is encouraging everyone to unapologetically celebrate the holidays when and how they want to, and in whatever makes them happiest, from now through the end of the year. To launch the official start of the #sorrynotsorry season, Old Navy kicked off the holidays, literally, with an exclusive performance starring the Radio City Rockettes and a new TV spot starring recent Emmy winner Jennifer Coolidge.

A recent survey found that half of winter holiday shoppers plan to start their holiday shopping by October 31, and 27% said they’d be starting their shopping sooner than in previous years. Old Navy is embracing this and encouraging shoppers to start checking off their gift lists and planning their matching holiday photo shoots with their beloved Jingle Jammies, which launched earlier than ever this year in September.

Old Navy x The Radio City Rockettes
The brand teamed up with the Radio City Rockettes for the iconic holiday group’s first performance of the season at Old Navy’s Times Square flagship. Except for this performance the Rockettes switched out their traditional attire and performed their classic numbers clad in Old Nayv’s cozy Jingle Jammies. The special show-stopping performance was emceed by former Rockette Amanda Kloots and can be viewed exclusively on OldNavy.com and the Old Navy YouTube channel.

Jennifer Coolidge Says #sorrynotsorry in New Old Navy Campaign
Old Navy’s newest campaign features the hilarious and iconic Jennifer Coolidge, who embodies the #sorrynotsorry spirit and will appear in Old Navy’s holiday TV spots and social content. This is the earliest that Old Navy has ever released its holiday commercials, with the first spot launched on October 13. The three holiday spots are the latest installment of the brand’s collaborative creative concept, Written by the Internet, which debuted earlier this year and is scripted entirely through the lens of social media. This time the brand brought in the hashtag #sorrynotsorry and is encouraging people to celebrate the holiday season in the way that makes them the happiest. Check out the first two spots airing later this month here and here. 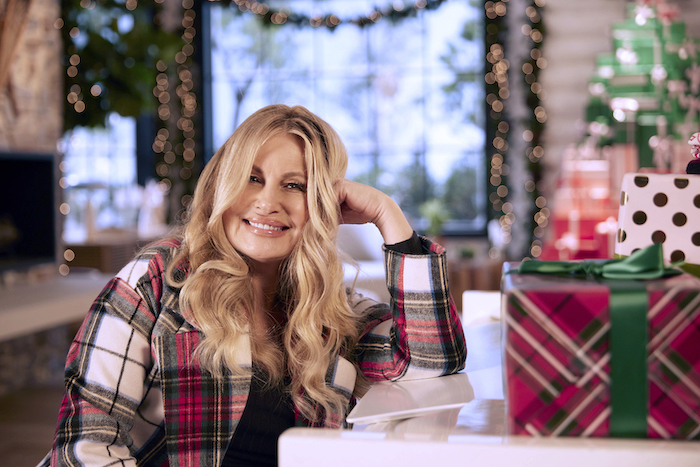 About Old Navy
Old Navy is a global apparel and accessories brand that makes current American essentials accessible to every family. Originated in 1994, the brand celebrates the democracy of style through on-trend, playfully optimistic, affordable and high-quality products. A division of San Francisco-based Gap Inc. (NYSE: GPS), Old Navy brings a fun, energizing shopping environment to its customers in more than 1,200 stores around the world. For more information, please visit www.oldnavy.com.