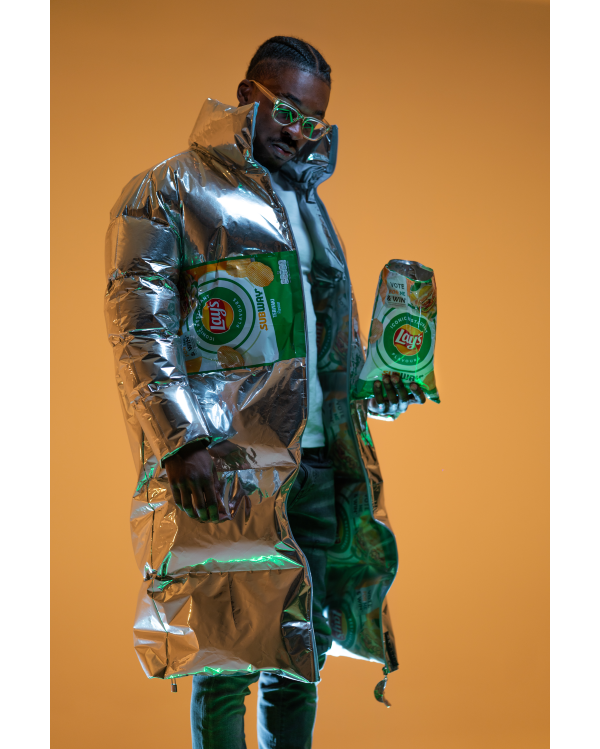 While a recent campaign for Lay’s potato chips helped to establish new permanent flavors for fans in the Netherlands and Belgium, an unfortunate offshoot was the generation of packaging waste. However, thanks to a new campaign by PepsiCo and Amsterdam-based creative strategy agency Fitzroy, the printed foil waste has been upcycled into futuristic puffer jackets. The original campaign involved the launch of a fake KFC/Subway/Pizza Hut restaurant that Lay’s set up in June 2021 to tout its Iconic Restaurant Flavors—KFC Original Recipe Chicken, Subway Teriyaki and Pizza Hut Margherita. Fans in both countries voted on their favorite flavors, with the Subway flavor winning in the Netherlands, the Pizza Hut flavor winning in Belgium and the KFC flavor bowing out of both races. As a result, the Lay’s packaging for the KFC flavor was repurposed as outerwear material designed and produced by Amsterdam fashion label XPLCT Studios. Furthermore, the jacket pockets were filled with bags of the winning potato chip flavors rather than duck down or polyester, enabling wearers to pull out a snack whenever they feel like it.

The primary source of this information is Design Taxi 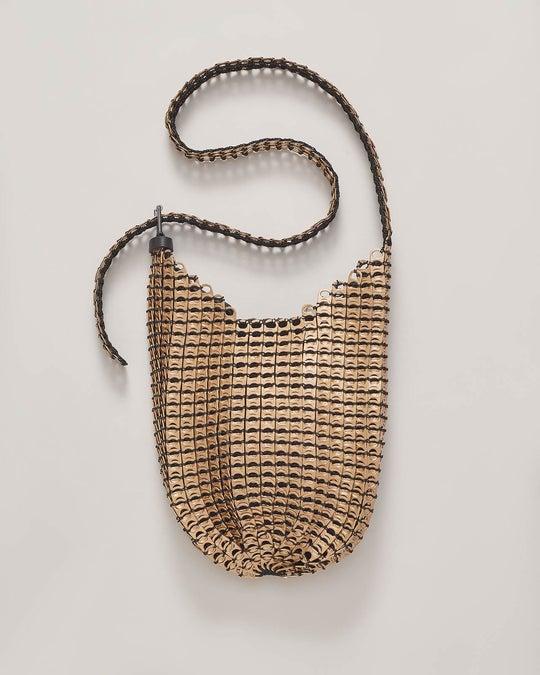 Bottletop is a Brazil-based fashion company that turns close to 1,500 pounds of packaging waste into handbags made from recycled bottle tops. Cofounded by Cameron Saul, Roger Saul and Oliver Wayman, the company purchases materials from waste pickers or retrieves them directly from dump sites where they are sorted and sold. The tabs are then thoroughly washed in a machine and dried. Workers next separate the tabs by hand and paint them. The tops are then sewn together using a similar method to crochet weaving. The Bellani, Bottletop’s original bag and signature shape in its collection, takes about eight hours to make by hand and uses exactly 1,252 tabs, according to Insider. The bags come in a variety of sizes and cost between $50 and $918.

The primary sources of this information are Insider and Bottletop 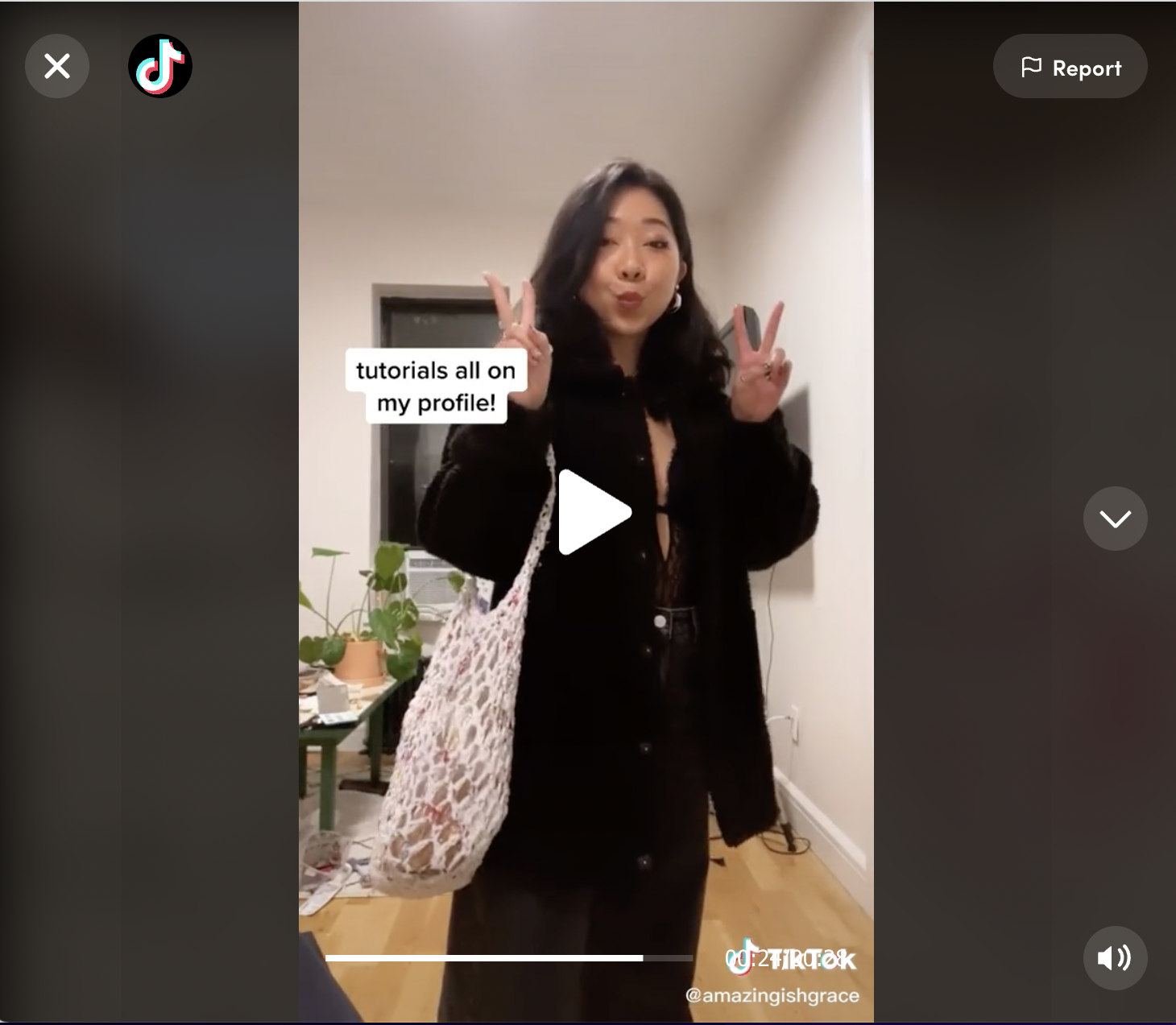 Grace Xu has found a way to save money on clothing and accessories while keeping plastic out of landfills and oceans. Specifically, the TikTok creator who goes by the username @amazingishgrace has turned plastic shopping bags into yarn-like strands called “plarn,” and then crocheted them into fashionable pieces, including a vest, bucket hat and produce bag. Xu learned the method by following a tutorial from fellow TikToker Josh Hillary. To turn plastic bags into plarn, Xu instructs to first fold each bag into one long piece, then cut the bags into strips. Next, tie the strips together until there is enough to crochet with. Any color or patterns on the bags will create a unique pattern as they’re crocheted. The tutorial has racked up over 3 million views on TikTok.