The listing of the yellow-bellied glider in southeast Australia as vulnerable to extinction [1] is another reason to end native forest logging in NSW.

Federal Environment Minister Sussan Ley has listed the iconic species as vulnerable on the advice of the Federal Threatened Species Scientific Committee.

The listing of the yellowbellied glider comes just weeks after the minister increase the threatened status of the koalas in NSW and Queensland from “vulnerable” to “endangered”. [2]

“Thanks to decades of unsustainable logging and land clearing, we have pushed two of our most adorable forests species to the brink of extinction,” Nature Conservation Council Chief Executive Chris Gambian said.

“If we do not end native forest logging and land clearing now, we will lose these species for ever.”

The committee found the 2019-20 Black Summer bushfires, which destroyed more than 5 million hectares of forests, were a key factor that had increased risks to both species, along with land clearing, habitat fragmentation, and climate change.

“The NSW Government is still logging forests that were smashed by the Black Summer bushfires or forests that have become precious refuges for koalas and gliders that fled the flames,” Mr Gambian said.

"Effectively, taxpayers are subsidising the extinction of our koalas and gliders. It’s morally reprehensible.”

The NSW National Parks and Wildlife Service says yellowbellied gliders are an indicator species, and says protecting its habitat will protect a whole host of other species.

"Protection of the Yellow-bellied Glider can provide for conservation of a wider suite of forest values. Large home range requirements, naturally low densities, a sedentary habit and specialised foraging and denning requirements indicate that the species is sensitive to land use practices and management activities. This has led to the Yellow-bellied Glider being identified as a possible indicator or umbrella species for effective management of forest-dependent fauna (Milledge et al. 1991; Kavanagh 1991; Goldingay and Kavanagh 1993; Kavanagh and Bamkin 1995)." [4]

[3] Forestry Corp’s annual report for last year shows the native forest division lost $20m. See the table below on page 13 of the report. 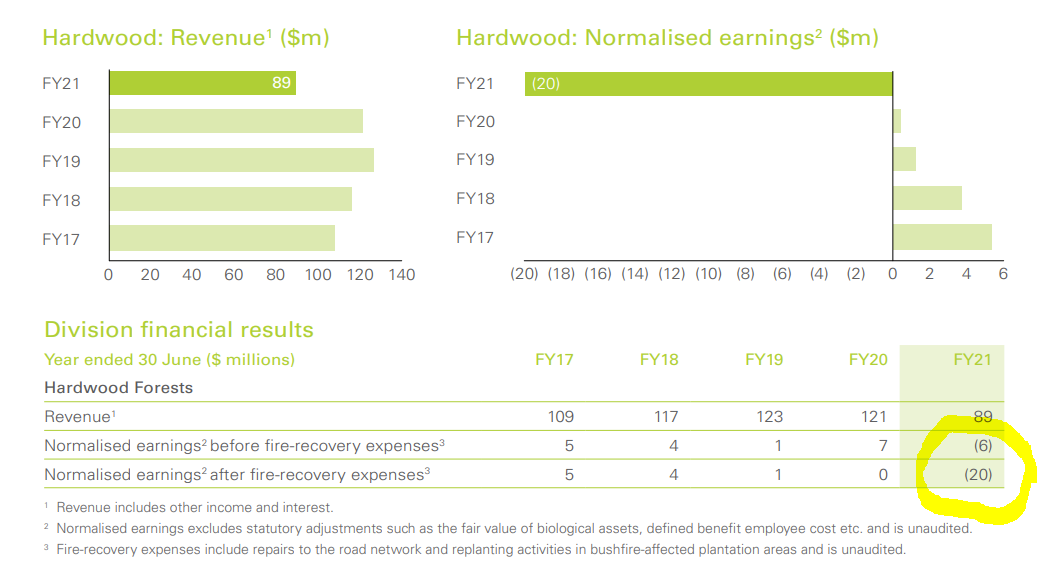