New Shots Fired In The War On Junk Food 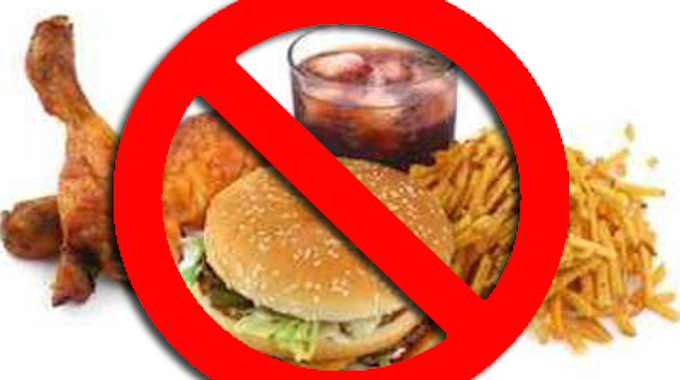 In the past week, it seems that the U.S. food industry has declared an all-out war against junk food. Here’s a recap of what’s been going on in recent days:

President Donald Trump is proposing to slash cash payments in the U.S. food stamp program and substitute them with "100 percent American grown food" given to recipients in an attempt to curb the amount of junk food purchased under the program.

The changes, outlined Monday in Trump’s budget proposal, would reshape the Supplemental Nutrition Assistance Program, or SNAP, which supports roughly one in eight Americans, by reducing cash spending by about one-third from current levels.

The plan is part of an effort to reform SNAP and save a projected $214 billion over a decade. It would give all households receiving more than $90 a month in cash a food-aid package that would "include items such as shelf-stable milk, ready to eat cereals, pasta, peanut butter, beans and canned fruit, vegetables, and meat, poultry or fish," according to the proposal.

The Wisconsin Assembly has approved a Republican bill that would create a pilot program to prohibit the use of food stamps for purchasing junk food.

The Assembly passed the proposal on a voice vote Thursday, sending the measure on to the Senate.

The bill would require the state to identify food and beverages that lack nutritional value and restrict the use of FoodShare benefits to purchase them.

No More Cheeseburgers In Happy Meals

McDonald’s announces that by 2022, cheeseburgers won't be part of the menu for the kids' meals, although consumers can still ask for them. The main choices will be hamburgers and four- and six-piece Chicken McNuggets. Also, the French fry sizes will be smaller.

In addition, All Happy Meals in the United States will have 600 calories or less by June, and at least half of stores and drive-thrus around the world will meet that target by 2022. McDonald's says the calorie count in an average Happy Meal will come down 20%.

"Kids do crave McDonald's, but parents might not always feel good about bringing them there," said Ernest Baskin, a professor of food marketing at Saint Joseph's University. "By positioning their meals as healthier, McDonald's is likely attempting to make the decision easier for the parents."