From printing out basic circuits to an entire working keyboard, researchers have found a lot of innovative uses for paper, and a Taiwanese team is adding one more to the list with random access memory (RAM) cells, IEEE Spectrum reported June 16. While wires, resistors, capacitors, transistors and diodes are among the basic circuit components that have been printed on paper, memory is one of the last to get the same treatment, according to graduate student Der-Hsien Lien. However, such paper-based cells would be necessary if paper electronics are expected to perform computation and store data, he added. The team was able to create the cell by screen-printing a layer of carbon paste for the bottom electrode and printing lines of titanium oxide nanoparticles for the top electrode using an inkjet printer. A single side of a standard A4 sheet of paper was able to hold 1MB of memory, but with better inkjet printers, that memory capacity could surge to 1GB, according to Lien.

Sri Lankan newspaper Mawbima did not only inform readers about mosquitos and Dengue fever, but for one day, it also helped them ward off the pests by using mosquito-repellent ink, PSFK reported June 13. That particular issue published on World Health Day (April 7) showed a 300,000 increase in readership and a 30% increase in sales, with the increased print run selling out by 10 a.m. The ink used for Mawbima is mixed with a natural essence called citronella that repels mosquitos. Whether more mosquito-repellent newspapers will be published remains to be seen, as the spread of Dengue fever has affected more than 13,000 people in Sri Lanka just in the past six months, Springwise reported June 11.


Tech: Half of NFL teams go paperless with ticketing

The NFL is increasingly going paperless, as nearly half of the teams are offering paperless ticket options in the form of smart cards and mobile ticketing this year, Sports Business Journal reported May 19. The paper alternatives serve the teams by capturing the data of its fans, and even when a ticket is transferred, it’s done by email and the team can market to that fan. The NFL is not the only sport to adopt paperless in a big way, and unlike The Atlanta Braves (of Major League Baseball), none of the teams have started charging for paper tickets. Kansas City Chiefs President Mark Donovan projected that mobile ticketing will be the norm in five years across most teams.

A contraption that looks like a cross between a bicycle, copier and desk could reimagine the way we read and produce newspapers. The publishing station called FOMObile was featured at this year’s Milan Design Week in April and showed how content could be selected for a newspaper using an algorithm (meaning no human reporters) and then printed out and distributed to attendees at the conference. The content comprises written articles from live speech using voice recognition software as well as social media streams, Instagram pictures and tweets related to the event, Dezeen Magazine reported April 8. Dezeen teamed up with design research collaborative Space Caviar to create the FOMObile, which is not exactly aimed at replacing actual newsrooms and reporters. Rather, it is “between a serious proposal for a technology platform and a sort of Dadaist performance,” said Joseph Grima, one of the designers behind the device.


Trees: Stamp auction elevates paper to most valuable material in the world 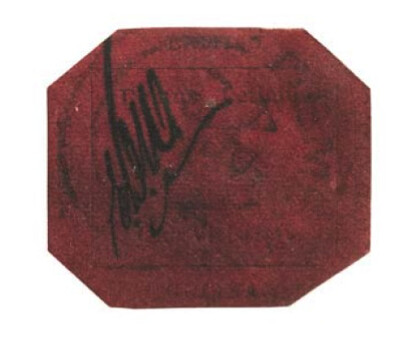 Forget diamonds and gold. A recent auction at Sotheby’s has made paper the world’s most valuable item by weight, CNNMoney reported June 18. The British Guiana one-cent stamp, weighing 0.04 gram and measuring 1 inch by 1 ¼ inch, brought in US$9.48 million on June 17 at Sotheby’s. It is also the costliest stamp ever sold, even though the 1856 stamp missed the $10 million-$20 million estimated price range, The Associated Press reported June 17. The last record-breaking stamp was an 1855 Swedish stamp that fetched $2.3 million in 1996.