Prince Harry memoir 'Spare' is worldwide bestseller; English-language edition alone sold 1.43 million copies on its first day, making it most successful release of a nonfiction book in the history of Penguin Random House 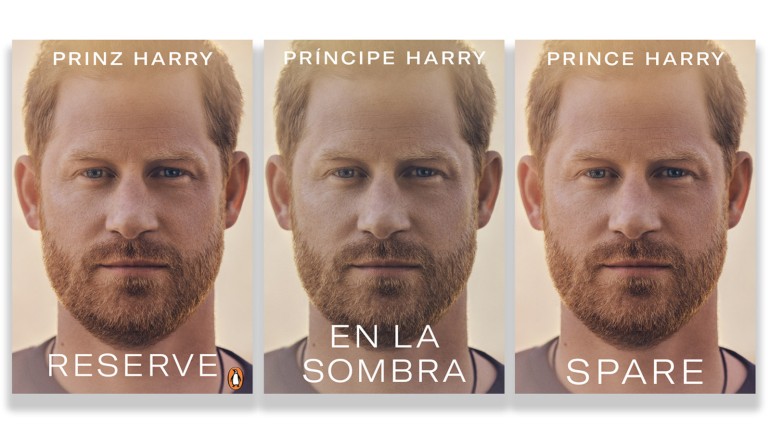 Media around the world have been reporting this week on “Spare,” the memoir of Prince Harry, Duke of Sussex, which Penguin Random House published in all its markets last Tuesday. And around the world, readers rushed to secure their copy of “Spare” on the first day of sales. The English-language edition alone, published in North America by Random House and in the rest of the English-speaking world by Transworld, sold a total of 1.43 million copies on its first day across the book, e-book, and audiobook formats, making this the most successful release of a nonfiction book in the history of Penguin Random House.

In a letter to Penguin Random House employees in North America, Madeline McIntosh, CEO of Penguin Random House U.S., called the sales figures “phenomenal,” adding that the remarkable hourly velocity continued into the second day. In the U.S. alone, “Spare” was published with an initial print run of two million copies. A second print run is already in production. Speaking to Britain’s PA newswire Gina Centrello, President and Publisher at Random House in the U.S., described Prince Harry’s memoir as heartfelt, courageous and intimate. “Spare” is “the story of someone we may have thought we already knew, but now we can truly come to understand Prince Harry through his own words,” she told PA. It is “a book that demands to be read, and a book that we are proud to publish.”

Of the 1.43 million English-language copies that flew off the shelves on the first day, 400,000 were sold in the U.K. alone, making “Spare” the country’s fastest-selling nonfiction book of all time. “We always knew this book would fly, but it is exceeding even our most bullish expectations,” Transworld Managing Director Larry Finlay told the PA newswire. “As far as we know, the only books to have sold more in their first day are those starring the other Harry (Potter).”

Prince Harry’s memoirs are attracting a lot of interest in Germany, too, where they are published under the title “Reserve” by Penguin, a Penguin Random House Verlagsgruppe imprint. Penguin had shipped 200,000 copies to German-language bookstores for the release day. “We saw a brilliant start to bookstore sales on the day of publication,” reports Heidrun Gebhardt, Head of Press and Public Relations Nonfiction at Penguin. The publisher immediately placed an order for a second edition and has already reserved paper for further editions.