The Conference Board Leading Economic Index® (LEI) for theU.S. decreased by 0.8 percent in October 2022 to 114.9 (2016=100), following a decline of 0.5 percent in September. The LEI is now down 3.2 percent over the six-month period between April and October 2022, a reversal from its 0.5 percent growth over the previous six months.

“The US LEI fell for an eighth consecutive month, suggesting the economy is possibly in a recession,” said Ataman Ozyildirim, Senior Director, Economics, at The Conference Board. “The downturn in the LEI reflects consumers’ worsening outlook amid high inflation and rising interest rates, as well as declining prospects for housing construction and manufacturing. The Conference Board forecasts real GDP growth will be 1.8 percent year-over-year in 2022, and a recession is likely to start around yearend and last through mid-2023.” 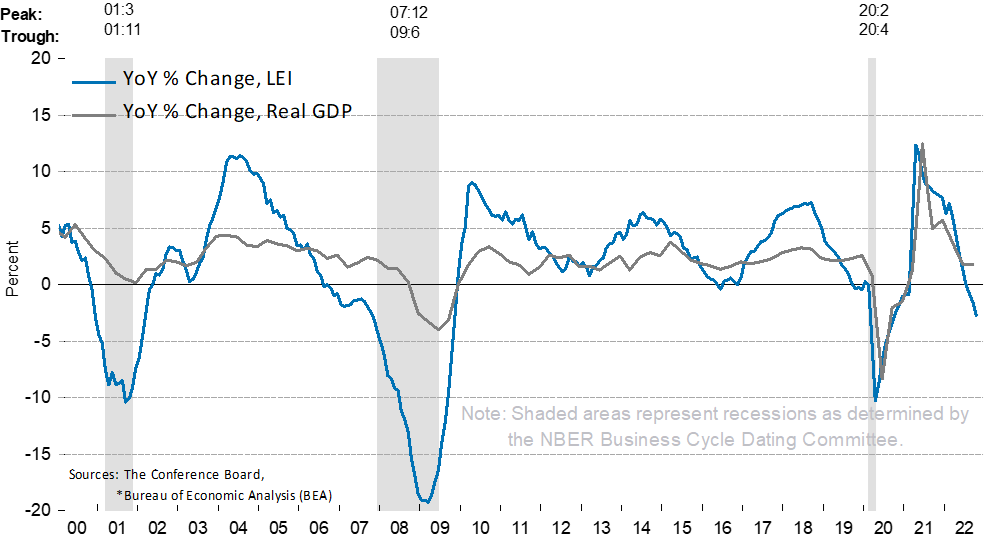 Most US LEI components drove the October decline in the index 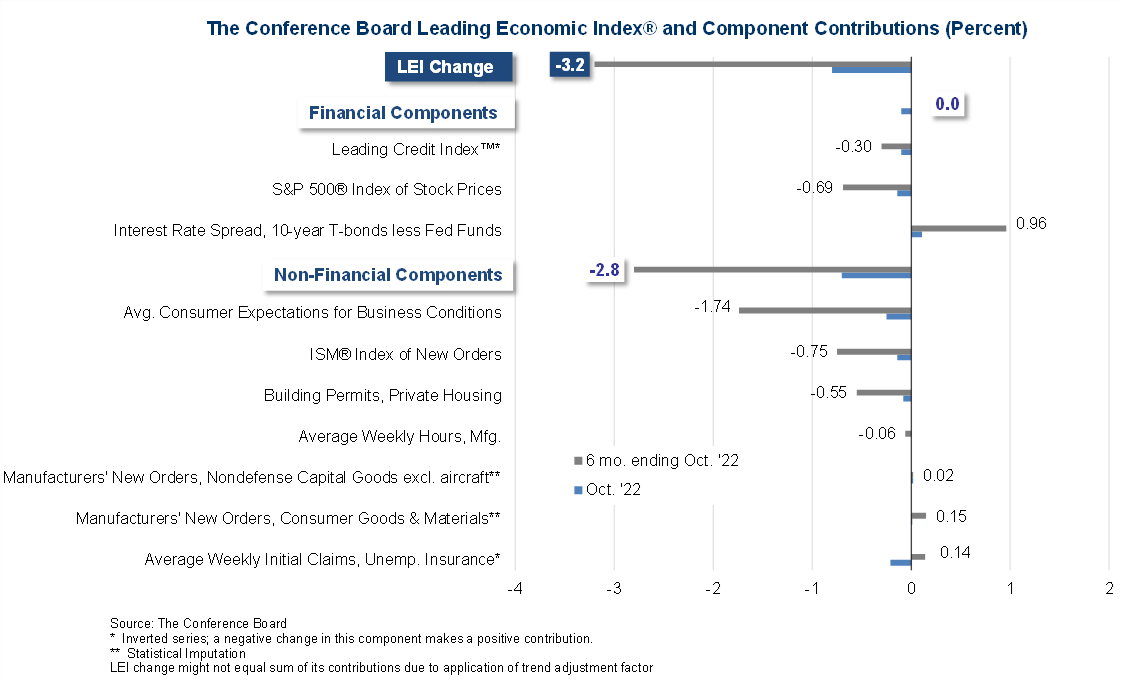 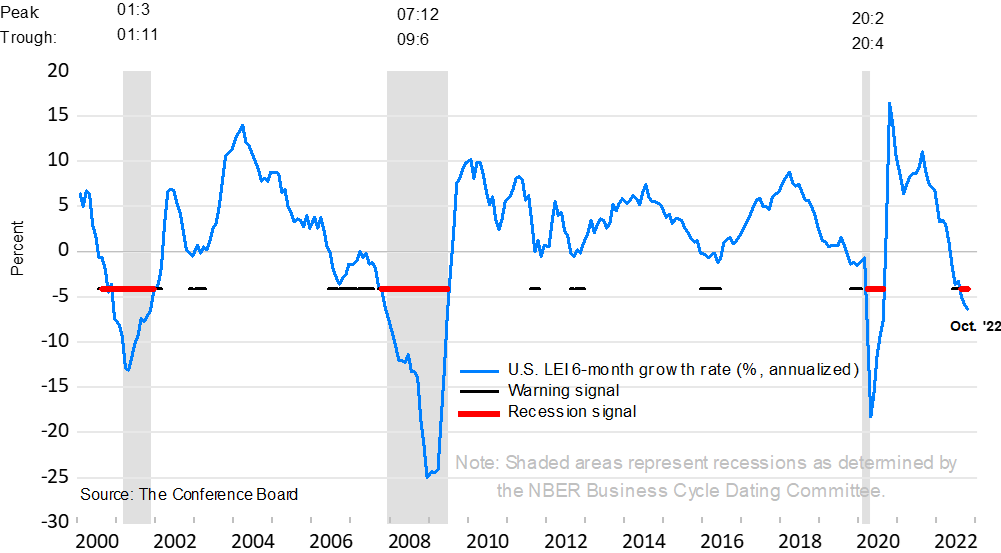 About The Conference Board Leading Economic Index® (LEI) for the U.S.: The composite economic indexes are the key elements in an analytic system designed to signal peaks and troughs in the business cycle. The indexes are constructed to summarize and reveal common turning points in the economy in a clearer and more convincing manner than any individual component. The CEI is highly correlated with real GDP. The LEI is a predictive variable that anticipates (or “leads”) turning points in the business cycle by around 7 months. Shaded areas denote recession periods or economic contractions. The dates above the shaded areas show the chronology of peaks and troughs in the business cycle.

The Conference Board is the member-driven think tank that delivers trusted insights for what’s ahead. Founded in 1916, we are a non-partisan, not-for-profit entity holding 501 (c) (3) tax-exempt status in the United States. www.conference-board.org • Learn more about our mission and becoming a member

The next release is scheduled for Thursday, December 22 at 10 A.M. ET