Heightened inflation and oil shortages as a result of sanctions placed on Russia, alongside a far-worse-than-expected Chinese economic slowdown, have massively impacted economic activity in the Euro Area (EA), found GlobalData. As a result, the leading data and analytics company revised down its prediction for the real gross domestic product (GDP) growth rate in the EA to 2.9% in September 2022, which is down from the 4.1% in February 2022. 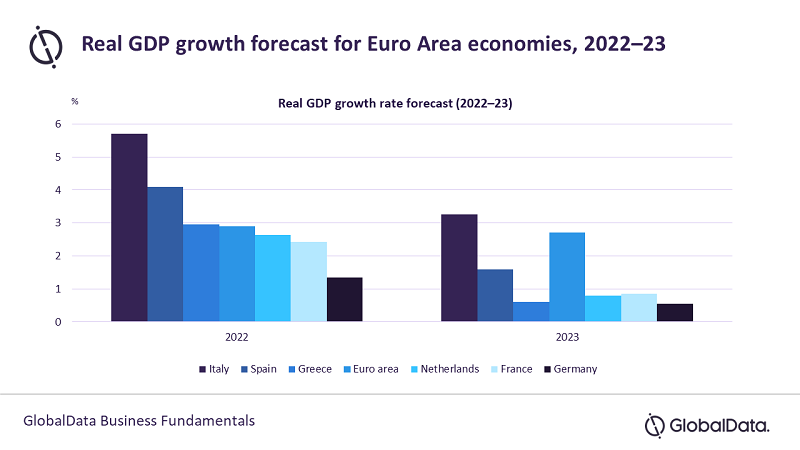 In 2022, China’s economy is slowing down following the re-emergence of new variants of COVID-19 along with prolonged lockdowns in parts of the country. This is expected to lead to prolonged economic disruption since the country’s economy is also vulnerable to risks related to the global economic outlook. GlobalData forecasts that the Chinese economy will shrink to 3.2% in 2022, compared to 8.1% in 2021.

Puja Tiwari, Economic Research Analyst at GlobalData, comments: “As the EA is considered the largest capital goods exporter to China, it stands to suffer most—especially Germany. China’s weakness will hit the EA with a lag in some quarters as Renminbi (RMB) depreciation gathers pace.”

GlobalData also notes that, following the EU’s adoption of a partial embargo on Russian oil along with a ban on shipping insurance for oil exports from Russia in June 2022, it might be tough for the EU to take Russian oil off the market without hurting consumers due to cost push inflation*.

Tiwari continues: “As a result of the sanctions imposed on Russia by the EU, and Russia’s response of cutting off energy supplies to Europe, economies in the EU remain vulnerable— especially considering that over 40% of the EU’s gas and 25% of its oil supplies were imported from Russia in 2021. The inflation rate has been rising sharply in the EA since March 2022, reaching a record high of 9.1% in August 2022 as the disruption in energy supply drove energy costs to dizzying heights. The inflation rate in the EA is forecast to rise to 7.8% in 2022 from 2.6% in 2021.” 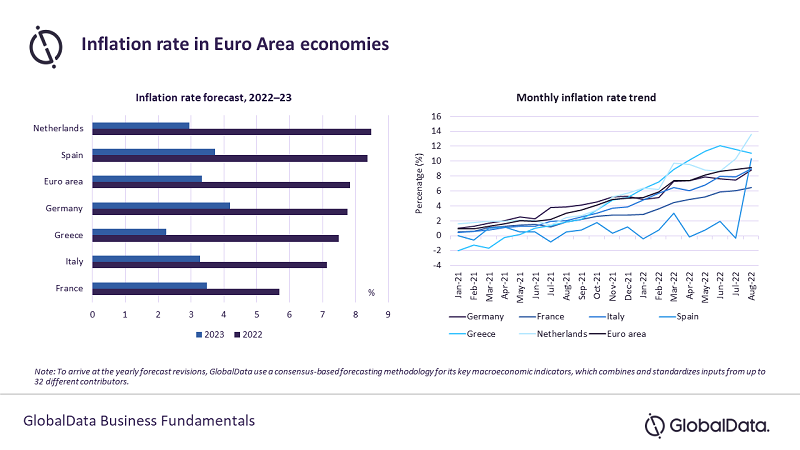 Tiwari concludes: “Due to unaffordable energy bills, some factories have already reduced their output or closed temporarily. Further, the high inflation level is reducing the purchasing power of households, which will, in turn, reduce the overall domestic demand and consequently economic activity.

“In the long term, countries are planning to shift to green energy to reduce dependency on Russian imports. However, in the short term, countries must explore other alternative markets such as Qatar and other major oil and gas producers as a replacement to Russia to prevent further price inflation.”