Scion forest entomologist who helped discover a biological control for giant willow aphid is a finalist in 2022 New Zealand Biosecurity Awards; Stephanie Sopow played a leading role in research that led to release of a California wasp to control the pest

A Scion scientist who helped to discover a biological control for the unwanted giant willow aphid is among the finalists of the 2022 New Zealand Biosecurity Awards.

Stephanie Sopow, a forest entomologist at Scion in Rotorua, played a leading role in the team from Scion, Plant & Food Research and Apiculture NZ whose collaborative research led to the release of a parasitoid wasp from California as a biological control for the invasive giant willow aphid (GWA), Tuberolachnus salignus.

Sopow says it was a privilege to be judged a finalist in the New Zealand Biosecurity Science Award category along with other scientists and biosecurity champions from across the country.

“Over many years, this research programme united people from the US, Japan, Australia and across New Zealand. We connected with citizen scientists in the US to locate enough parasitoid wasps to start a colony for testing in New Zealand. On release of the wasp, we engaged with many more stakeholders, including beekeepers, farmers and willow enthusiasts who were just as passionate about the research as we were.

“It was rewarding to work with so many people and contribute to what has proven to be impactful science for New Zealand’s biosecurity and biodiversity.”

GWA, an exotic pest, was first detected in New Zealand in 2013. It quickly became widespread, sparking alarm for its ability to cause willow tree dieback. The aphids suck the life out of willows depleting them of liquids, weakening the trees which are widely used in New Zealand for slope stabilisation, flood protection and as vital pollen and nectar resources for honeybees in the early springtime.

Feeding aphids secrete a sticky honeydew that supports the growth of sooty mould that covers cars, decks, barbeques, kiwifruit vines, fruit trees and livestock. Pest wasps are also drawn to the honeydew, creating a twofold problem for the beekeeping industry. The honeydew leads to an increase in pest wasps that kill honeybees and rob honey. Beekeepers also lose productivity because honey produced from this honeydew is granular and can’t be extracted. The total impact of GWA has been estimated to be over $300 million each year.

Pesticides are not an option for GWA control because they would transfer into the honeydew, putting nectar feeders such as honeybees, tui and bellbirds at risk.

Sopow and her team’s discovery of a parasitoid wasp from California that preys on GWA sparked three years of containment and host specificity testing, showing that the imported wasp only attacked GWA.

The parasitoid wasp was released in the autumn of 2020 and 2021, resulting in widespread coverage across New Zealand. The early impact of the wasp on GWA populations was monitored, finding that the proportion of aphid-free trees at these sites increased from 30 per cent at initial release to 86 per cent two years later.

As a biological control, the wasp is continuing to be found in new areas and GWA is becoming more difficult to locate. The research has directly benefited beekeepers, river managers, soil conservationists and farmers. Indirectly, the public also benefit as riverbanks become less prone to erosion and there are fewer pest wasps.

The programme was funded by the Sustainable Food and Fibre Futures Fund, Strategic Science Investment Fund, and research partners.

The Biosecurity Awards have been held annually since 2017, and recognise individuals, groups and organisations that have shown a commitment to supporting and promoting New Zealand’s biosecurity and the systems that uphold it.

The winners will be announced at the New Zealand Biosecurity Awards event in Auckland on 31 October. 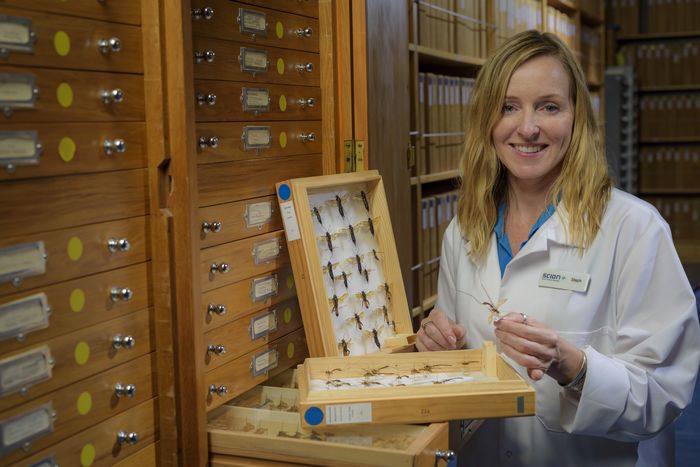