Sodexo’s employee business resource group HONOR recognized as a Top 25 Employee Resource Group during 2022 Global ERG Summit; company recognized for commitment to US veterans through its Red Coat and Stand Down campaigns

Sodexo’s employee business resource group, Honoring Our Nation’s Finest with Opportunity and Respect (HONOR), has announced a ranking as a Top 25 Employee Resource Group (ERG) during the 2022 Global ERG Summit. General Manager and a member of the HONOR leadership team Krysten Contreras accepted the award on Sodexo’s behalf. 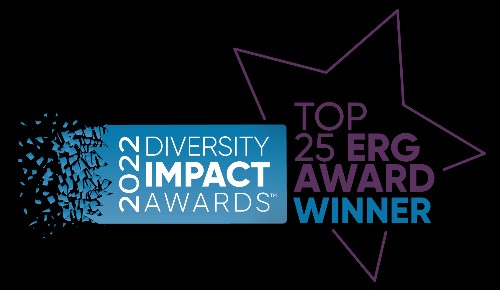 The Top 25 ERG list is compiled by Talent Dimensions and the Global ERG Network. The companies listed, including Sodexo, were announced on September 23 at the Diversity Impact Awards Ceremony during the 2022 Global ERG Summit.

Sodexo’s HONOR is thrilled to be recognized for our commitment to providing support, guidance, and other resources to employees and families connected to the military, Krysten Contreras, general manager, government, Sodexo said. We’re grateful for the more than 170 HONOR members who filled out the survey that helped us achieve this recognition, as well as our employees who support the key initiatives that led to this award, including the Red Coat Campaign and participation in Stand Down events across the nation.

Examples of initiatives supported by HONOR include the Red Coat Campaign, where nominated chefs from across the nation receive an honorary red chef coat. This campaign pays tribute to Sodexo chefs who are veterans, active duty, or reserve. Additionally, HONOR has and continues to support various Stand Downs, day-long events providing supplies and services to homeless veterans. In 2022 alone, Sodexo’s HONOR has participated in Stand Down events in California, Ohio and Arizona.

Sodexo North America is part of a global, Fortune 500 company with a presence in 55 countries. Sodexo provides quality, multichannel and flexible food experiences, but also designs attractive and inclusive workplaces and shared spaces, manages and maintains infrastructure in a safe and environmentally friendly way, offers personalized support for patients or students and even creates programs fostering employee engagement. The company employs 90,066 people at thousands of sites in all 50 U.S. states, Canada, Puerto Rico and Guam, and indirectly supports tens of thousands of additional jobs through its annual purchases of $20B in goods and services from small to large businesses. Sodexo North America is committed to focusing on tangible everyday gestures and actions through its integrated services to create a better every day for everyone and build a better life for all.