GlobalData’s report, ‘Styrene Industry Capacity and Capital Expenditure (CapEx) Forecast by Region and Countries including details of All Active Plants, Planned and Announced Projects, 2022-2026’, reveals that Asia has 16 upcoming planned and announced projects with total capacity additions of 8.16 mtpa from new build projects.

Teja Pappoppula, Oil and Gas Analyst at GlobalData, comments: “Petrochina Pdvsa Guandong Petrochemical Jieyang Styrene Plant is the major planned project in Asia in terms of capacity additions, with a capacity of 0.8 mtpa by 2026. It is expected to commence the production of styrene in 2022 and is operated by Petrochina Pdvsa Guandong Petrochemical Co Ltd.” 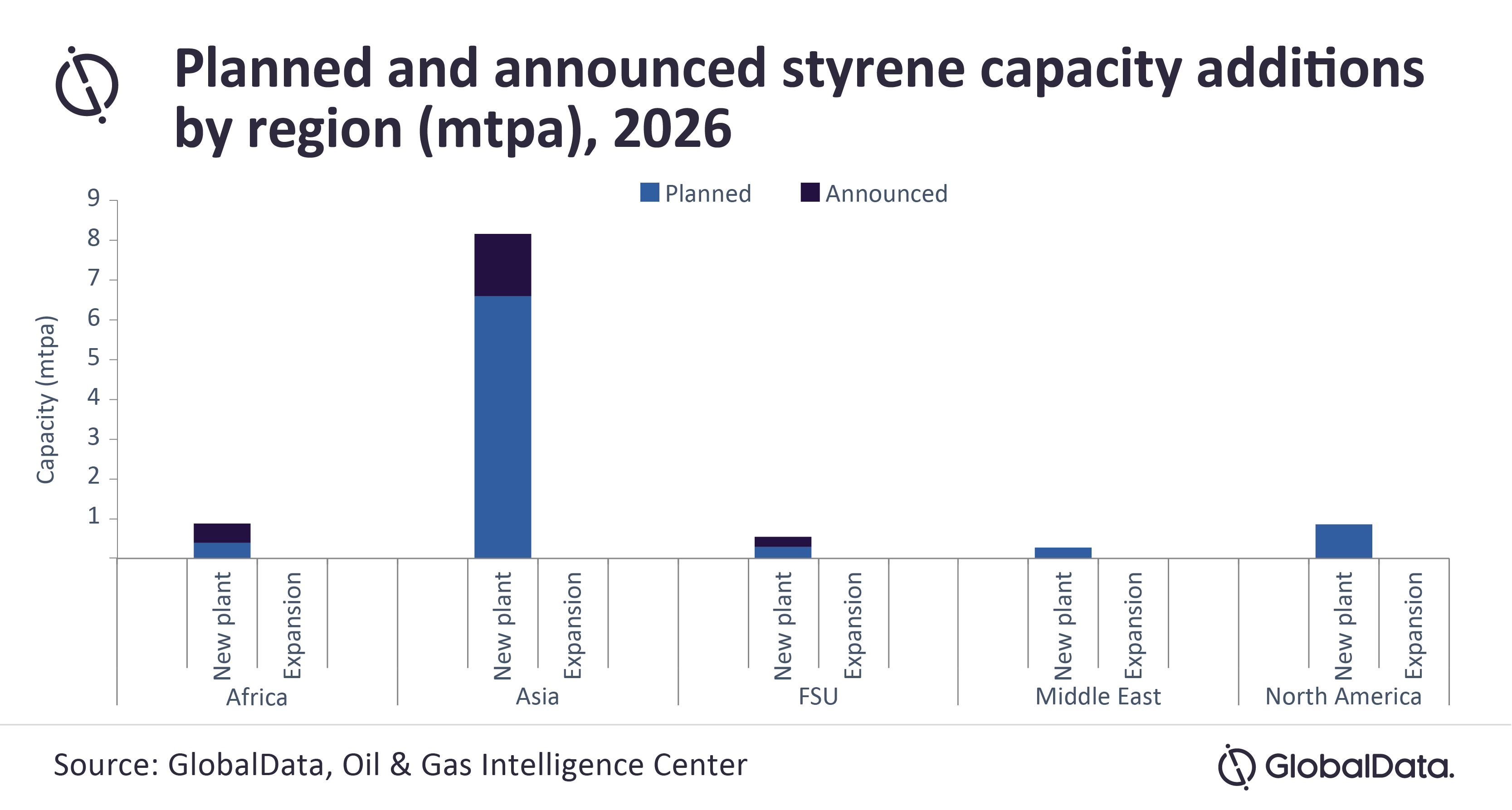