Setra is first company in Sweden to offer a new moisture protection for CLT frames; Siga Cover's Wetguard 200 SA moisture protective membrane is applied to surfaces such as floor structures when frames are being manufactured in Setra's CLT facility 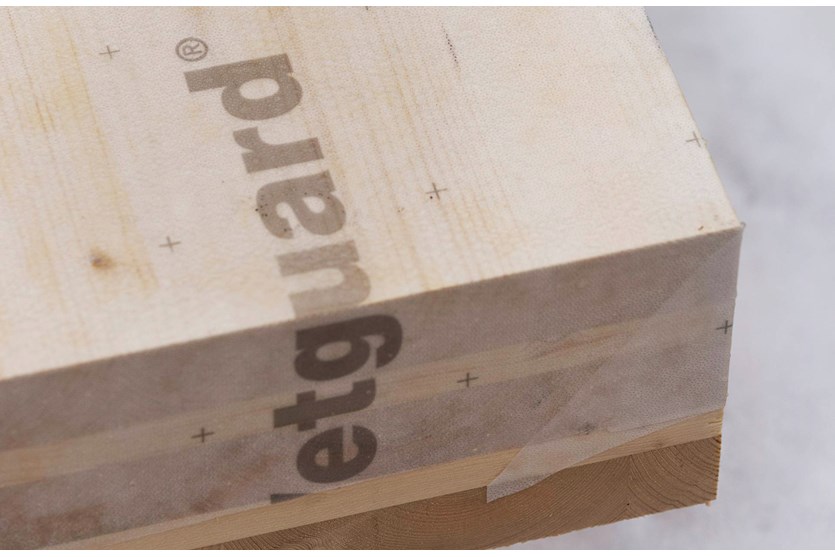 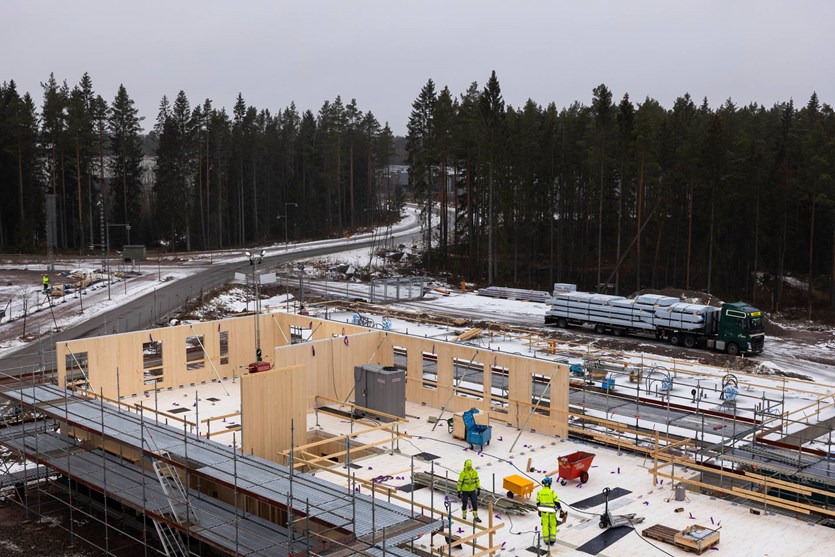 The timber industry company Setra is the first business in Sweden to offer a new moisture protection for frames made from cross-laminated timber. The protection is applied directly in the production facility and simplifies the construction process.

“Having to take into account the weather and humidity is a constant issue in the construction industry, regardless of the material being used. We are very pleased to be able to offer an effective solution that makes work easier at construction sites and makes it even easier to build with wooden frames,” says Theres Jansson, CLT salesperson at Setra.

The Wetguard200SA moisture protection is manufactured by the Swiss company Siga Cover AG. It consists of an advanced membrane that allows the wooden frame to breathe and releases moisture in the vapor phase, while at the same time protecting against the penetration of water and other dirt. The protection is applied to surfaces such as floor structures and end-grain wood when the frames are being manufactured in Setra’s cross-laminated timber production facility.

“Wetguard allows construction to continue regardless of the weather, and construction companies do not have to think about using traditional weather protection such as tents, which cost both time and money to install,” says Theres Jansson.

The method has been tested by Setra, ByggPartner and Siga on a large scale during different seasons. All the measurements show that the protected wood complies with the limit values for moisture by a large margin, even when the frames have been exposed to severe weather.

“Wetguard200SA is initially intended for CLT floors as weather protection during the construction phase.  We are pleased that Setra, which has tested the product for a long time in collaboration with us, is now offering all its customers pre-applied Wetguard directly from their production facility,” says Mattias Rudin, product advisor at Siga.

“By increasing the industry’s expertise regarding wood construction and developing new methods such as this, we want to make it easier to choose to use wooden frames. We already know that wooden frames both shorten the construction time and have a significantly lower climate impact than conventional building materials,” says Theres Jansson.

The membrane has been developed especially to protect CLT floors against various weather conditions in the construction phase. The protective film is open to diffusion, as well as being wear-resistant and waterproof. It provides effective protection against moisture, construction dirt, footprints and other wear that can occur during frame assembly.

The production facility for cross-laminated timber is part of the Setra Timber Industry Centre in Långshyttan, southern Dalarna. Glulam and components for the door and window industry are also manufactured there.