Display Wizard has purchased an EFI VUTEk 32r + and Mimaki UJV100-160 printers from CMYUK. The investment was made to replace existing malfunctioning and under-performing print production equipment.

The Preston-based wide format digital printing company, founded in 2004, primarily services the exhibitions industry.  Three years ago, it bought a Jetrix printer, however, a power surge at the company’s production facility earlier this year, rendered it unusable and non-repairable. A part solution response was to purchase an HP 800 Latex printer to output banner applications, while all other print work was temporarily outsourced.

The HP Latex printer didn’t perform as expected, was returned, and replaced with a Mimaki UJV100-160 from CMYUK. This is a dedicated roll-to-roll UV curable printer that handles print widths up to 1.61m.

“The main issue with the HP Latex was the heat that was causing chaos with the material. Instantly the Mimaki had an advantage – it’s a UV LED printer so there’s low heat and therefore no stretching or deformation on the substrates used. It was also half the cost, worked at the same speed and easier to load. With HP Latex you’ve got a 15–20-minute warm up time before you even get started. The Mimaki on the other hand, you just load the roll, press print and off it goes,” says Display Wizard, MD, Peter Symonds. 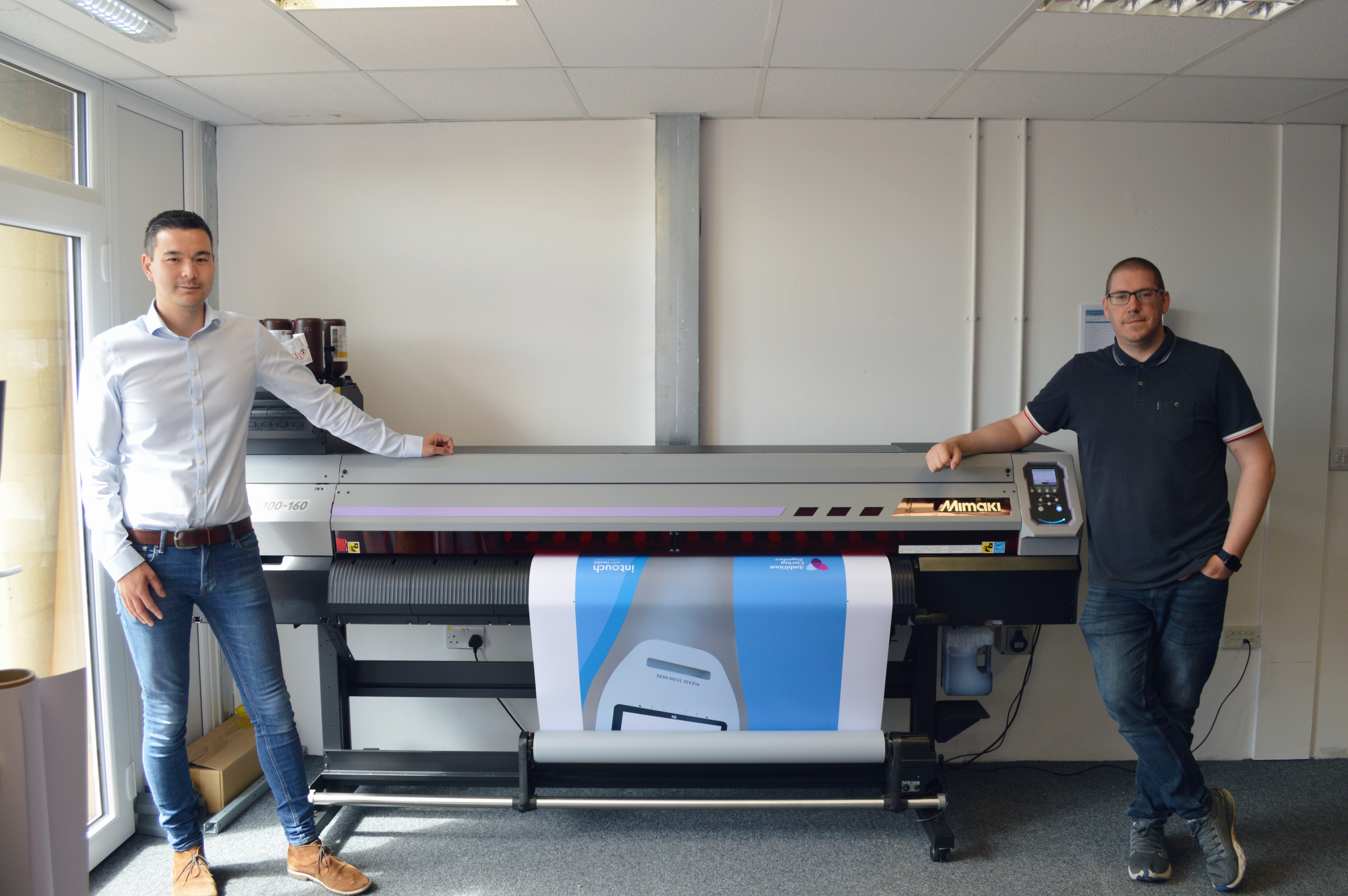 “It just did what we needed to do. The quality is very good, and we are operating it on the second highest quality setting, and it runs slightly faster than the HP and that’s not even including the heating-up time. Mimaki printed output sits perfectly flat on a banner stand and looks great, also there are no heads to replace.”

With the Mimaki now handling all the former HP Latex work, the company still needed to address its production for its pop-up and panelling work, all of which often use a heavy 465-micron media.

“We came to the conclusion that a big industrial printer from EFI was just what was needed,” says Peter.

It uses cool cure LED technology that reduces operating costs and allows for the use of thinner substrates, promoting a lower environmental footprint.

“I’ve always seen EFI printers as the Rolls Royce of the digital printing industry, lots of companies use them, and the technology is proven. The Jetrix was a good piece of kit when it worked, although I found the prints to be quite grainy probably because they print at 14pL.  The VUTEk 32r+ prints at a much higher definition at double the speed and allows for dual roll printing. This was something we were promised with our old printer, but it never materialised. The EFI demonstration showing how the dual rolls worked was impressive.  We’ve printed dual rolls since, flawlessly. We’ve also run triple rolls and that’s worked well too,” says Peter.

At the time of installing the VUTEk Pro 32r +, Amira Bouchiba, CMYUK Academy Manager, implemented an automated workflow that does away with the need to create manual files in the company’s existing but now defunct i-Cut software.  The VUTEk Pro 32r+ has an in-built Fiery RIP that creates both a print file for the printer and a cut file that it sends to the Kongsberg digital cutting table, which was also purchased from CMYUK but back in 2019.  Fiery software offers RIP and print on demand functionality, and the ability to print pre-ripped files at the printer interface.

“Fiery has improved our workflow. It has completely removed the iCut route and has saved us a great deal of time,” says Peter.

Despite the challenges in the exhibitions sector in recent months, the business successfully navigated its way through Lockdown and with the new equipment can cope with the increase in market demand in-house. As far as forward thinking goes, it’s a case of business-as-usual but at an elevated level of higher quality, faster speeds, and greater consistency.