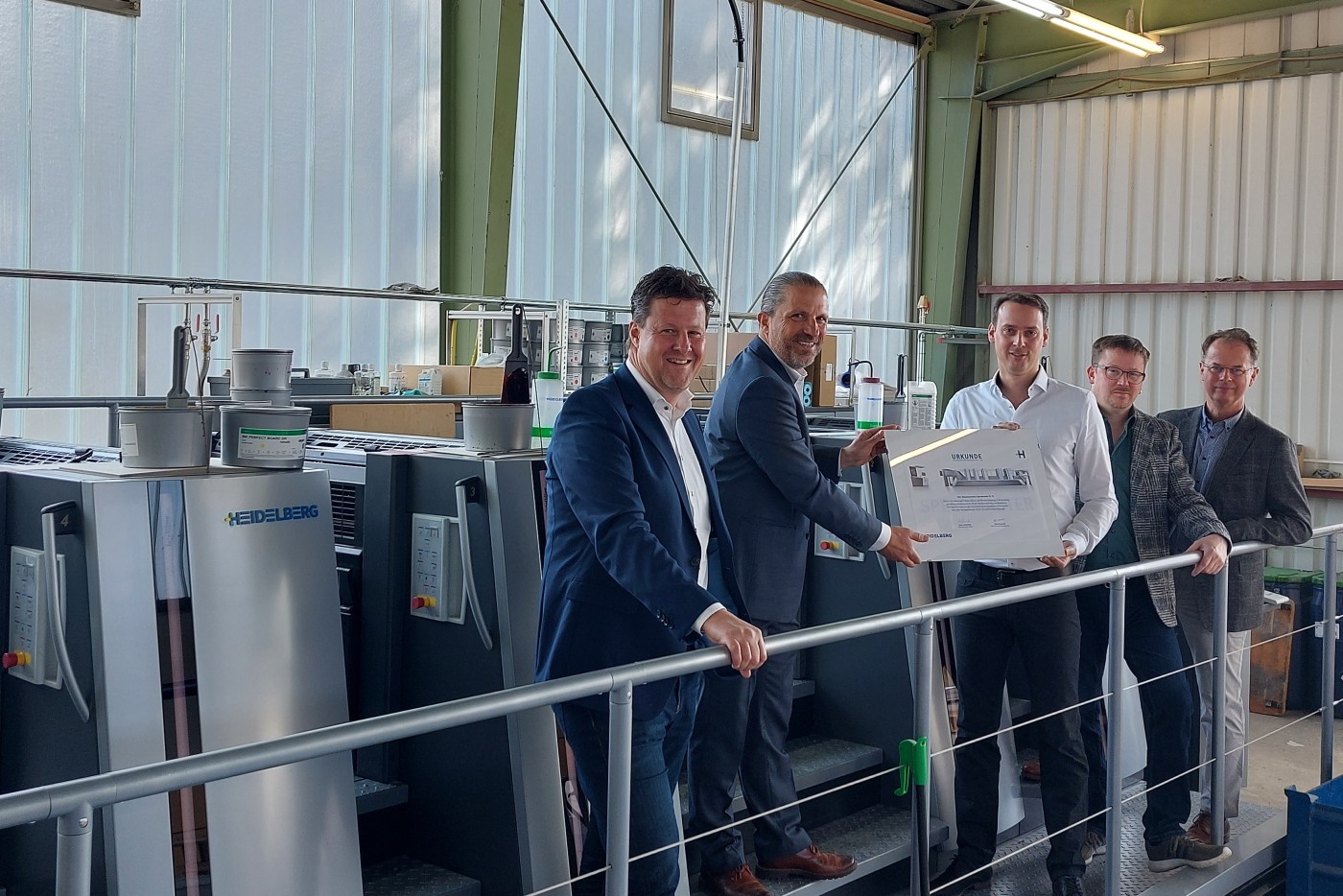 Druck & Kalendermarketing Sosset GmbH (Sosset) has been specializing in the production of standard and custom calendars for many years. Based in the southern German town of Kisslegg, this second-generation family business run by brothers Daniel and Mario Sosset offers calendars in a whole host of different designs and formats. Some 95 percent of its customers are from the B2B sector in Germany, Austria, and Switzerland. Despite electronic alternatives, the company’s business with printed calendars is going well. In 2021, it was ten percent up on the previous year. According to Managing Director Daniel Sosset, the reason behind the continuing demand for printed calendars lies in their long-term nature: “Calendars hang on the wall or stand on a table. They’re always in full view, which makes them an excellent advertising medium.” He also confirms Sosset is a full-service production company: “We produce 99 percent of our jobs in-house.”

Daniel Sosset: “We have grown thanks to Heidelberg sheetfed offset technology”

Sosset’s growth is based on sheetfed offset technology from Heidelberger Druckmaschinen AG (Heidelberg). It has been using this technology for medium-format applications since the 1980s. A press from the MO series was followed by a Speedmaster SM 74, which was later replaced by a Speedmaster CD 74. All of these machines were equipped with Heidelberg perfecting technology. “We’ve been working in close partnership with Heidelberg for a long time and always keep up to date with technological innovations,” continues Daniel Sosset.

When making its latest investment decision, the company once again opted for a sheetfed offset press from Heidelberg. In May 2021, the year of its 25th anniversary, a Speedmaster XL 75-5-P was taken into operation. This high-performance system from the 2020 generation was also the 600th perfecting press supplied by Heidelberg in this model class.

Managing Director Mario Sosset sees the Speedmaster XL 75 as a universal system. “This medium-format press is perfect for our requirements,” he explains. These requirements are varied. The calendar business is concentrated in the period between September and December each year. During the remaining months, Sosset uses the press to print books, magazines, commercial products, folders, carbon copy sets, dividers, and ring binder contents – a wide-ranging job spectrum that calls for equally varied substrate qualities and grammages.

Sosset’s diversified job structure has a further dimension. Besides four- and five-color work and two/three-color designs, the five printing units of the Speedmaster XL 75 are often used for jobs involving PANTONE® colors. Many print runs are less than one hundred sheets. This is where the press really comes into its own. Thanks to the Push to Stop concept and largely automated makeready, press operators no longer need to get involved in these processes. When it comes to job changes, the Intellistart 3 assistance software carries out all sequences systematically according to defined rules. “Whereas it used to take two or three pulls before we were ready for production, the press now goes straight from the first setup sheet to the production run without stopping. Prinect Inpress Control 3 automatically adjusts the ink feed and register in the space of just a few sheets. The cost savings are huge,” emphasizes Mario Sosset.

The Push to Stop principle covers the entire printing process. In the delivery, InsertStar separates the individual jobs by automatically inserting a tape at the end of each one.

Prinect Production Manager supports Sosset’s highly efficient production workflow. When taking the Speedmaster XL 75 into operation in May 2021, the company also set up this digital workflow control system from Heidelberg. An associated modernization of printing plate imaging with the installation of a Suprasetter A 75 took place a few months later. The printing plate material from the Saphira portfolio of Heidelberg consumables that Sosset uses for this CtP system works without chemicals.

Besides its printing plates, Sosset also obtains all other consumables from Heidelberg, ordering them online from the eShop. “We regard having just one contact for all our questions and requirements as a big advantage. It means we benefit from maximum efficiency and excellent machine availability,” says Daniel Sosset.