THE CONNECTICUT WARBLER POPULATION HAS DECREASED SEVERELY IN WISCONSIN 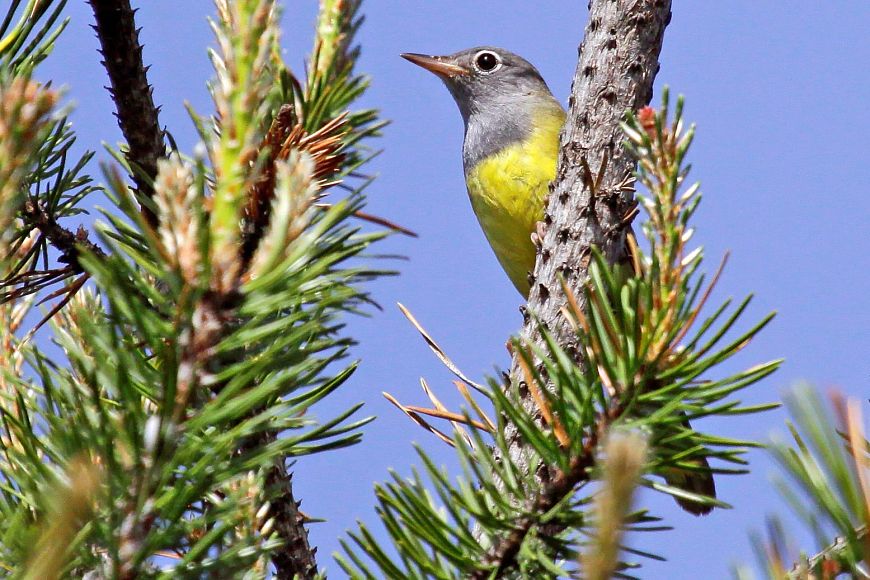 The Wisconsin Department of Natural Resources (DNR) today announced that it has partnered with state and national groups to protect the at-risk Connecticut warbler.

The efforts aim to improve habitat for the Connecticut warbler in Bayfield County and protect its wintering grounds in South America after a second year of summer surveys confirmed the songbird’s populations had plunged even more severely than expected.

DNR surveys conducted in summer 2022 found only three nesting pairs in the core breeding area in northwestern Wisconsin, while none were detected outside that area during targeted searches in 2021. The DNR initiated those searches after the Wisconsin Breeding Bird Atlas II survey flagged Connecticut warblers as one of the species declining the most over the past 25 years among 226 nesting bird species documented.

“This bird is in trouble, and it needs help fast,” said Ryan Brady, DNR conservation biologist and the state’s bird monitoring coordinator.

In response to these declines, the DNR is partnering with the Bayfield County Forestry and Parks Department to protect and improve Connecticut warbler habitat by removing brush on several stands of suitable mature jack pine. Brush removal in fall 2022 and 2023 will open the forest understory and enhance the growth of blueberry and other ground cover, mimicking the species’ preferred natural conditions.

“We’re trying to create additional habitat for Connecticut warblers while still meeting all goals and objectives for the property,” said Andrew O’Krueg, a forester with the Bayfield County Forestry and Parks Department.

In addition, along with a Minnesota counterpart, Brady is co-leading a group of state and international partners to develop a rescue plan for Connecticut warblers, which have decreased 60% across their range. Most Connecticut warblers nest in Canada, with smaller numbers in Wisconsin, Michigan and Minnesota. The bird winters in South America nearly 5,000 miles from its breeding areas. Some have been shown to stay in the Gran Chaco, the second-largest forest in South America after the Amazon. Gran Chaco stretches across parts of Argentina, Bolivia, Brazil and Paraguay.

The Natural Resources Foundation has also added the Connecticut warbler as a priority species to receive funding from Great Wisconsin Birdathon proceeds, according to Craig Thompson, who contributes to DNR’s bird conservation efforts. Thompson is working with international bird conservation partners to raise awareness of the need to protect the Gran Chaco’s forests for migratory birds and resident wildlife.

“Our challenge is to simultaneously address multiple threats to this bird across its vast hemispheric range before it’s too late,” Thompson said.

Fast Facts About The Mysterious And Much-Sought-After Songbird

Researchers believe destruction of habitat in wintering areas such as the Gran Chaco, South America’s second largest forest, is likely a leading cause of the bird’s steep decline. Climate change, loss of migration stopover habitat, and in Wisconsin, the loss of mature jack pine stands may also be contributing factors.