This October, ELC and its employees were the recipients of the Breast Cancer Research Foundation’s (BCRF) Sandra Taub Humanitarian Award, which was presented in New York City during BCRF’s annual Symposium and Awards Luncheon. The award recognizes ELC’s commitment to funding lifesaving research and raising public awareness through The Estée Lauder Companies’ Breast Cancer Campaign (The Campaign), which is honoring its milestone 30th anniversary this year.

Each year, the Sandra Taub Humanitarian Award is given to a person or organization that exemplifies a true generosity of spirit, a passion for philanthropy, and a commitment to BCRF's mission. Named in 2010, the award honors the legacy of Sandra Taub, whose memory lives on through the stellar humanitarian example of her mother, Arlene Taub, and her entire family. Former recipients of the award include Tommy Hilfiger, Tory Burch, Vera Wang, Stella McCartney, and Katie Couric.

Elizabeth Hurley, The Campaign’s Global Ambassador, presented the award to Fabrizio Freda, President and CEO, ELC, who accepted the honor on behalf of ELC and its employees. 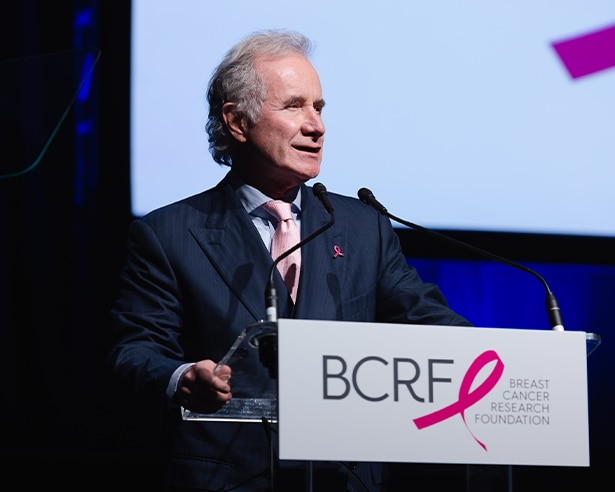 Fabrizio Freda, President and CEO, ELC, accepted the award on behalf of the company and its employees. Photo by Julie Skarratt.

“It is truly an honor to be accepting this award today on behalf of The Estée Lauder Companies and our employees around the world,” said Fabrizio Freda. “We believe our company’s success is deeply rooted in living our values, and those values have always included supporting outstanding organizations like BCRF. We are so proud that The Breast Cancer Campaign has been a cornerstone of ELC’s social investments in women’s advancement and health, and we are so grateful for all who have supported it.” 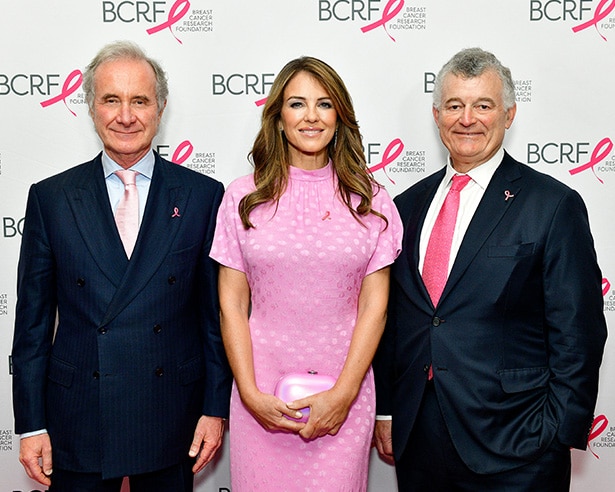 “Thirty years ago, there was a profound lack of breast cancer awareness, and a significant lack of funding for breast cancer research. Indeed, it seemed the entire topic of breast cancer was only whispered about behind closed doors—and that was costing lives,” Elizabeth Hurley shared during her presentation of the award. “In 1992, Evelyn [H. Lauder] co-created the now iconic pink ribbon and helped turn it into the worldwide symbol for breast health. The same year, she created The Breast Cancer Campaign and, one year later, founded BCRF. Indeed, it’s unfathomable to think of the progress that would be lost—the breakthroughs and treatments that would not be available today, for those who need them, if not for ELC and their employees. To every employee who has volunteered, worked on The Breast Cancer Campaign, or contributed, thank you, and congratulations on making a monumental difference in the lives of millions of people touched by breast cancer.” 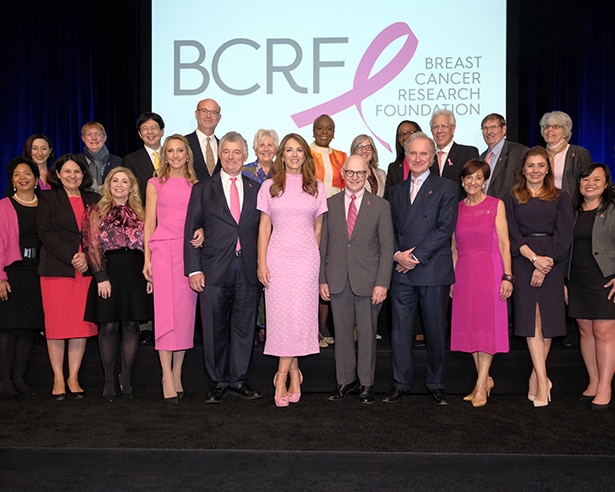 Founded by Evelyn H. Lauder in 1992, The Breast Cancer Campaign is ELC’s largest corporate social impact program and continues to inspire people everywhere in its mission to help create a breast cancer-free world for all. Together, The Breast Cancer Campaign and The Estée Lauder Companies Charitable Foundation have funded more than $118 million globally for lifesaving research, education, and medical services, with more than $93 million funding medical research through BCRF.

In honor of the 30th anniversary of The Breast Cancer Campaign, The Estée Lauder Companies Charitable Foundation will donate $15 million over five years to BCRF to fund groundbreaking research that will further The Campaign’s goal of reducing breast cancer disparities and improving outcomes. The Campaign has and continues to support BCRF-funded research that identifies and addresses disparities that exist across the entire breast cancer landscape.

Breast cancer continues to be the most commonly diagnosed cancer worldwide despite the progress that has been made. As long as it remains a life-threatening disease, ELC’s commitment to the meaningful work and action that must continue will not waiver. Together, we can support advancements to positively impact the global breast cancer community.

About the Breast Cancer Research Foundation®

Breast cancer is a complex disease with no simple solution. Research is the key to stopping it in its tracks. Founded in 1993 by Evelyn H. Lauder, the Breast Cancer Research Foundation (BCRF) is the largest private funder of breast cancer research in the world. Investing in the best minds in science—from those investigating prevention, diagnosis, treatment, survivorship, and metastasis—and fostering cross-disciplinary collaboration, BCRF’s approach accelerates the entire field and moves us closer to the answers we urgently need to end breast cancer. Learn more and get involved at BCRF.org.