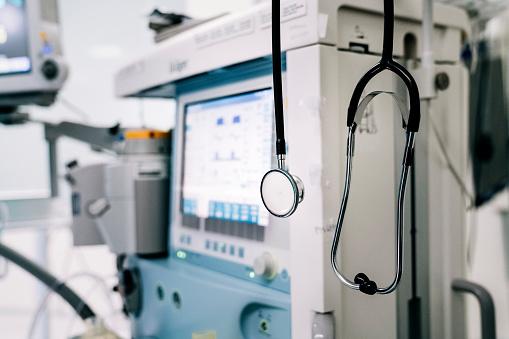 When the COVID-19 pandemic hit the world in March, concern over medical supply shortages were widespread as health systems prepped for the worst. Ventilators—which push air into the lungs of patients unable to breathe on their own—quickly became a hot commodity. Estimates put combined demand from the US, Germany, UK, France and Italy at close to 1 million in April.

Canada’s Prime Minister Trudeau announced goals to procure as many as 30,000 new ventilators. In the US, the governors of both California and New York each made plans to procure just as many. Reportedly, however, the U.S. federal stockpile contained just 6,000 ventilators in May.

Unfortunately, the machines boast a long, complex supply chain that just so happened to be interrupted by restrictions put in place to contain COVID-19. Manufacturers in China, a big manufacturing hub for the devices, went so far as to call the demand “impossible” to meet.

In North America, companies that already manufacture medical devices responded to the call as much as they could:

The industry shortfall during an unprecedented public health crisis started to attract the attention of innovative, outside players.

Fitbit, a specialist in fitness trackers with potential uses in the health care space, developed an FDA-approved emergency ventilator. The company’s device features a simplified design to intervene when a clinical ventilator is not available.

In Came the Auto Industry

To help fill the gap for the “impossible” demand, auto makers stepped in to try their hand at a new kind of machinery.

By the start of May, Honda had launched production of ventilator components from its facility in Ohio with the goal of reaching 10,000 compressors per month until the end of August.

Ford teamed up with GE Healthcare to ramp up production for up to 30,000 ventilators per month, or as needed thereafter.

For General Motors, the situation became a little more dicey when President Trump invoked the Defense Production Act, claiming the company was spending too much time in negotiations before starting production of ventilators. A week later, the U.S. Department of Health and Human Services announced a US$489.4M deal with GM. The company would supply a total of 30,000 ventilators, including more than 6,000 by June 1.

And I just can’t write on this topic without mention of the Elon Musk drama.

In mid-March, the entrepreneur took to twitter to offer up his Tesla and SpaceX factories to produce ventilators in case of a shortage. Later, these “ventilators” were reported to have been the wrong type of device altogether.

As far as I can tell, the internet fell into an awkward silence on the matter after that.

It seems like this whole ventilator debacle was a slap in the face to the world. It shined a light on complex supply chains that don’t perform quite as well during a pandemic.

In June, several U.S. Senators introduced legislation which, they say, would help the nation reduce its reliance China for medical devices and drugs. Meanwhile, Chinese ventilator manufacturers faced struggles of their own as they begged for more parts from Switzerland.

In the meantime, the participation outside the medical industry could go on. New outbreaks may mean new lockdown policies, which could mean short supply and interrupted supply chains—again. Or, maybe the medical manufacturers will have time to catch up.

For now, there are too many “ifs” to make a prediction. If the next pandemic is another respiratory virus, we will probably have enough ventilators by then.