Amid the ‘new normal,’ restaurants turn to paper for safety 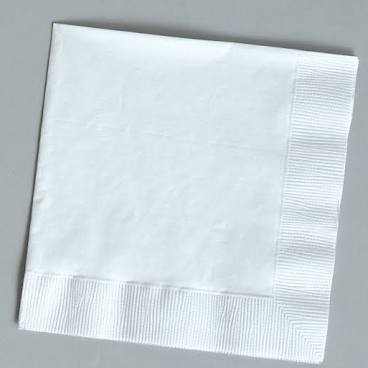 As counties and states reopen restaurants for sit-in service after COVID-19 lockdowns, businesses must make changes to keep their customers safe.

And those adjustments go far beyond servers wearing masks and keeping diners at a safe distance from each other. From the smallest coffee shops to the fanciest Michelin-star eateries, restaurants are turning to an old favorite to keep contagion at bay.

Plastic menus, tablecloths and cloth napkins, which had become standard in many eating places, are now being replaced by disposable paper options.

While some may consider cloth substitutes “greener” because they’re reusable, amid a pandemic spread by droplets that can stay on surfaces, the safer way is to opt for paper.

Besides, do you really want your forks and knives to be touching a cloth napkin that others have touched?

Restaurants in New York, which had been preparing to resume for in-person dining before the state delayed this new opening phase, were following this recommendation. Claude’s Restaurant at the Southampton Inn planned on using paper napkins and paper tablecloths instead of cloth so that everything can be disposed of and sanitized between diners.

An upscale German hotel is doing the same. When Frankfurt-based Kempinski reopened after two months, gone were the starched tablecloths and fancy cloth napkins. Instead, waiters set tables with paper napkins.

The company also noted that laboratory testing conducted by the Rochester Institute of Technology (RIT) showed no noticeable difference in print quality between the antimicrobial treated paper versus the untreated control paper. Sofidel also released a disposable tissue paper towel with antibacterial lotion Nicky Defend. Developed for proper hand hygiene and cleanliness at home, the company says the biodegradable product that dissolves in water after use is designed to retain the germs and bacteria present on wet hands and prevent them from multiplying.

Paper is not just having a resurgence in the dining area, but also in business bathrooms. A poll from Essity’s brand Tork found that 70% of people wish more public restrooms offered paper towels as an alternative to air dryers amid the COVID-19 pandemic. The study also revealed that 71% of respondents viewed paper towels as more hygienic, 53% said they dry hands faster and 43% thought they do not spread the virus or bacteria in the air as the air dryers.

All of this while demands for safe hygiene are at all-time highs as people try to prevent contagion.

It also comes as people wash their hands a lot more, and more often. A recent study at the University of Leeds showed paper towels are better than jet dryers when it comes to removing pathogens left behind from ineffective hand-washing. Researchers found that paper towels and jet dryers both reduced contamination on hands, but the latter left “significantly greater environmental contamination.” A 2016 study from the University of Westminister in London came to a similar conclusion that may seem even more startling today. Researchers found that Dyson Airblade hand dryers spread 1,300 times more viruses than paper towels.

So whether you’re dining out or using the facilities, your best safety bet is on paper.

Francisco Castro is the Paper, Hygiene Products & Publishing editor for Industry Intelligence, which can help YOU better address your own industry challenges. To arm yourself with the latest market intelligence, contact ClientCare@IndustryIntel.com or call 310-553-0008 if you’re interested in receiving or sharing the IMPACT report with colleagues or partners