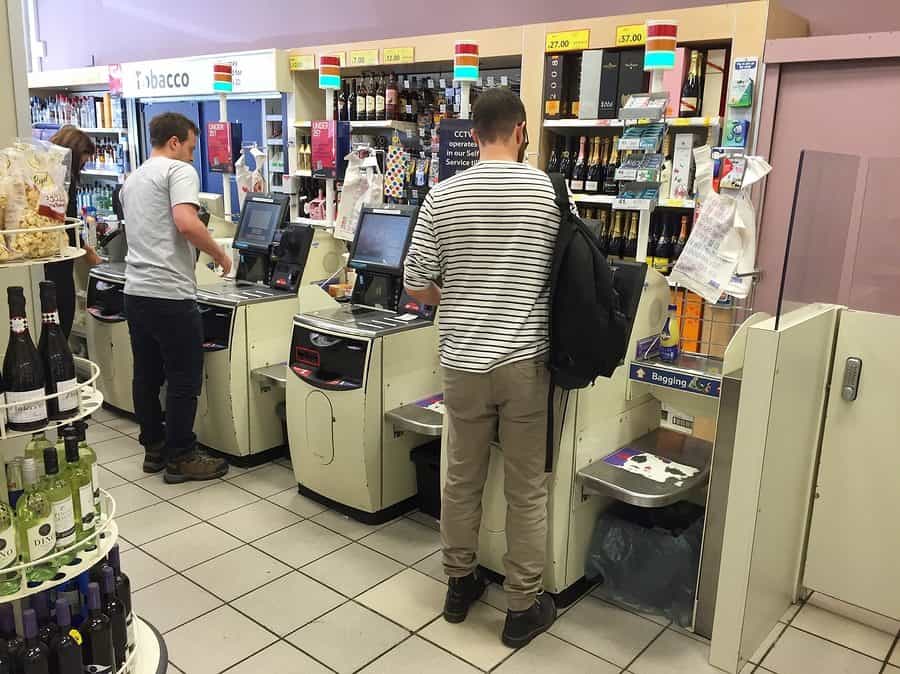 A hot dog bun has just fallen apart in my hand. Another example of how the self-serve concept in the retail industry has gone too far.

Growing up, the only self-service I regularly saw was at the gas station. And back then, the full-service option was readily available. But as the years have gone by, self-service has increasingly become the norm.

It started innocently enough with gas. Fewer and fewer gas stations began offering full service and in time, they became virtually impossible to find. That by itself wasn’t the worst thing in the world. After all, pumping gas is a fairly simply task and with gas prices rising so much over the past two decades, these days who would want to spend extra for full service?

Then, however, the self-service concept grew into other areas that more commonly had helpers. For example, some grocery stores began offering the option of self-checkout, where customers would scan and bag their own items. At first, the service was nice because a) sometimes you only had one or two items and thus self-service made sense, b) it was a good option to have if the other lines were too long and c) it was just an option. You still had the lines manned by cashiers as a go-to.

But today? Food retail is increasingly pushing this self-service concept. At my local Whole Foods, for example, I’m lucky if I can find a cashier available and I’m counting my lucky stars If that cashier isn’t bombarded by a line six or seven people deep. It pretty much forces me to use self-service and start learning the best way to bag groceries without the bag breaking.

And then there’s car washes. Now I realize that self-service car washes have been around a long time. But now they’re becoming the norm. Within the last year, three car washes in my area shut down for a time and then rebranded themselves as self-serve.

But it’s the aforementioned hot dog buns that triggered me to write this blog. You see, for decades, places like 7-Eleven had workers who performed the courtesy of putting your hot dog on a bun upon ordering such a menu item. Sounds like a small thing? Maybe it is…until the concept changes and now when you order 7-Eleven’s ¼-lb. Big Bite, the customer has to use tongs to grab their own hot dog and place it in the bun themselves. And let me tell you something about these buns: They suck. I mean, they’re just flimsy. I literally went through three of them before my hot dog fit into one of them.

But at least 7-Eleven still provides little boxes that are easy to put the hot dog in. Go to other establishments with similar self-service and they offer this flimsy paper packaging that either a) doesn’t fit my hot dog or b) does fit my hot dog but it’s such a tight fit that the top layer of my toppings always get scraped off.

Let’s be honest: I’m spoiled. I like people washing my car for me. I like having my groceries bagged by others. And I want experts to place my hot dogs in buns (but I’m fine with pumping my own gas, although it would be nice to have full service as an option on cold days). It’s not my fault. It’s what my society was growing up. We weren’t all about doing it yourself. We realized back then that there were three types of people: Those who could do it themselves, those who couldn’t do it themselves, and those who could do it themselves but preferred other people to do it for them. But today, we’re all being lumped into the first category and that’s just not right.

I’ll adjust, of course. I have no choice. But a great deal more hot dog buns will be destroyed as I acclimate to this new world.

Nevin Barich is the Consumer Products Analyst for Industry Intelligence, which can help YOU better address your own industry challenges. We invite you to come take a look at our service.Call us today at 310-553-0008 and we’ll schedule you for a 15-minute demo.