Crown Beverage can for limited-edition 360º Tripel-brand beer by Colorado-based Sanitas Brewing features lid that can be peeled off top of can, matte printing

360º Tripel also marks a collaboration between Sanitas and craft brewery can supplier Crown Beverage. As inventor of the bottle cap, Crown has supported the craft beer industry for over a century. Crown’s world-class manufacturing practices and role as a beer-packaging pioneer are reflected in the technology of Sanitas’ newest can. Matte printing and a fully removable can top are two such innovations consumers can experience with 360º Tripel. 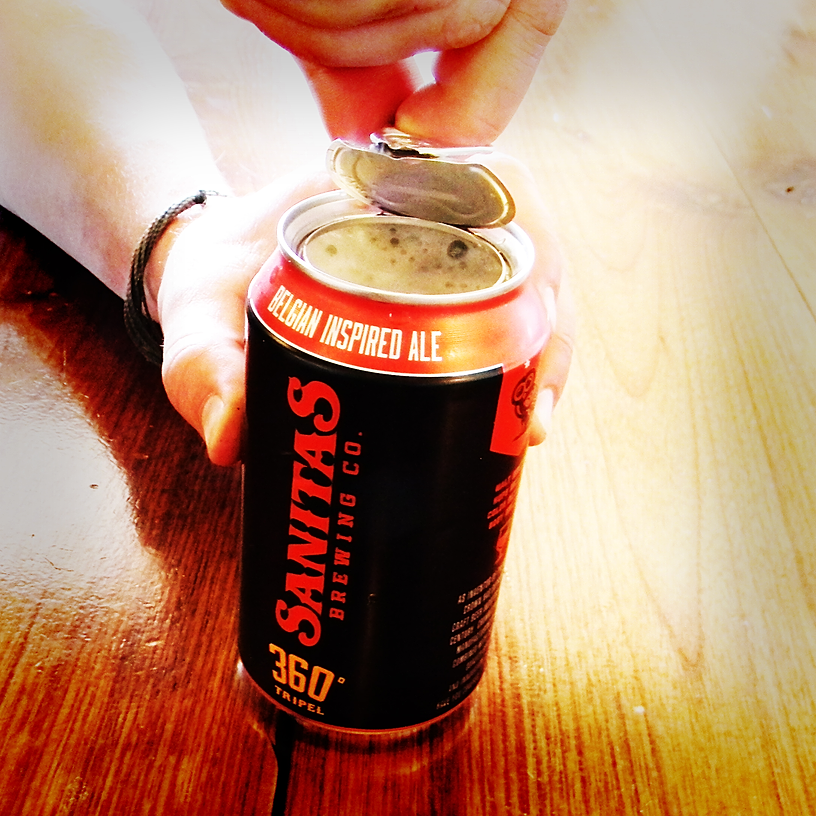 “It’s a pretty unique blend of tradition and innovation we have here,” explains Sanitas Brewing cofounder Michael Memsic, “on one hand you have this timeless beer style, and on the other, a cutting edge lid that can be totally peeled off the top of the can. It opens up the aroma and provides a more rounded drinking experience.”

6 packs of 360º Tripel, named after the 360º End which it features, will hit shelves of select Boulder County liquor stores this week. Supplies are highly limited, each store receiving only a small number of cases. The beer was also brewed to coincide with this year’s Craft Brewer’s Conference held in Denver, where attendees will be able to try it. Furthermore, it will be on tap at Sanitas Brewing Company’s Tap Room and a small number of bars and restaurants starting Tuesday, April 1.

Founded in 2013, Boulder’s Sanitas Brewing Company is regarded for their signature blend of tradition and innovation as well as their use of only the finest ingredients. With a passion for exploration, Sanitas epitomizes the wild spirit of Colorado with a variety of premium beers.