The Conference Board Measure of CEO Confidence™ in collaboration with The Business Council stands at 32 to start Q4 2022, down from 34 in Q3. The Measure fell deeper into negative territory, to lows not seen since the depths of the Great Recession. (A reading below 50 points reflects more negative than positive responses.) A total of 136 CEOs participated in the Q4 survey, which was fielded between September 19 and October 3.

“CEO confidence sunk further to start Q4 and is at its lowest level since the Great Recession,” said Dana M. Peterson, Chief Economist of The Conference Board. “CEOs’ view of current conditions as well as their expectations deteriorated: only 5% reported business conditions were better today than they were six months ago, and the same proportion—just 5%—expected conditions to improve over the next six months. However, despite expectations of slower growth, tight labor market conditions and wage pressures persist, while hiring plans remained robust.”

“CEOs are now preparing for near-inevitable recessions in both the US and Europe,” said Roger W. Ferguson, Jr., Vice Chairman of The Business Council and Trustee of The Conference Board. “While the vast majority still expect the US recession to be short and shallow, nearly 7 in 10 believe the EU will enter a deep recession with serious global spillovers. At the same time, CEOs continue to experience inflationary pressures, with 59% reporting input costs over the past three months remained the same or rose with no easing expected by year-end. Moreover, at the start of Q4, only 19% reported an increase in demand over the past three months—down from 38% in in Q3.”

CEOs remained pessimistic about conditions in their own industries to start Q4:

CEOs’ expectations regarding short-term prospects in their own industries also weakened to start Q4:

The overwhelming majority of CEOs are preparing for a US recession over the next 12-18 months. However, expectations remain that it will be a brief and shallow recession with limited global spillover. 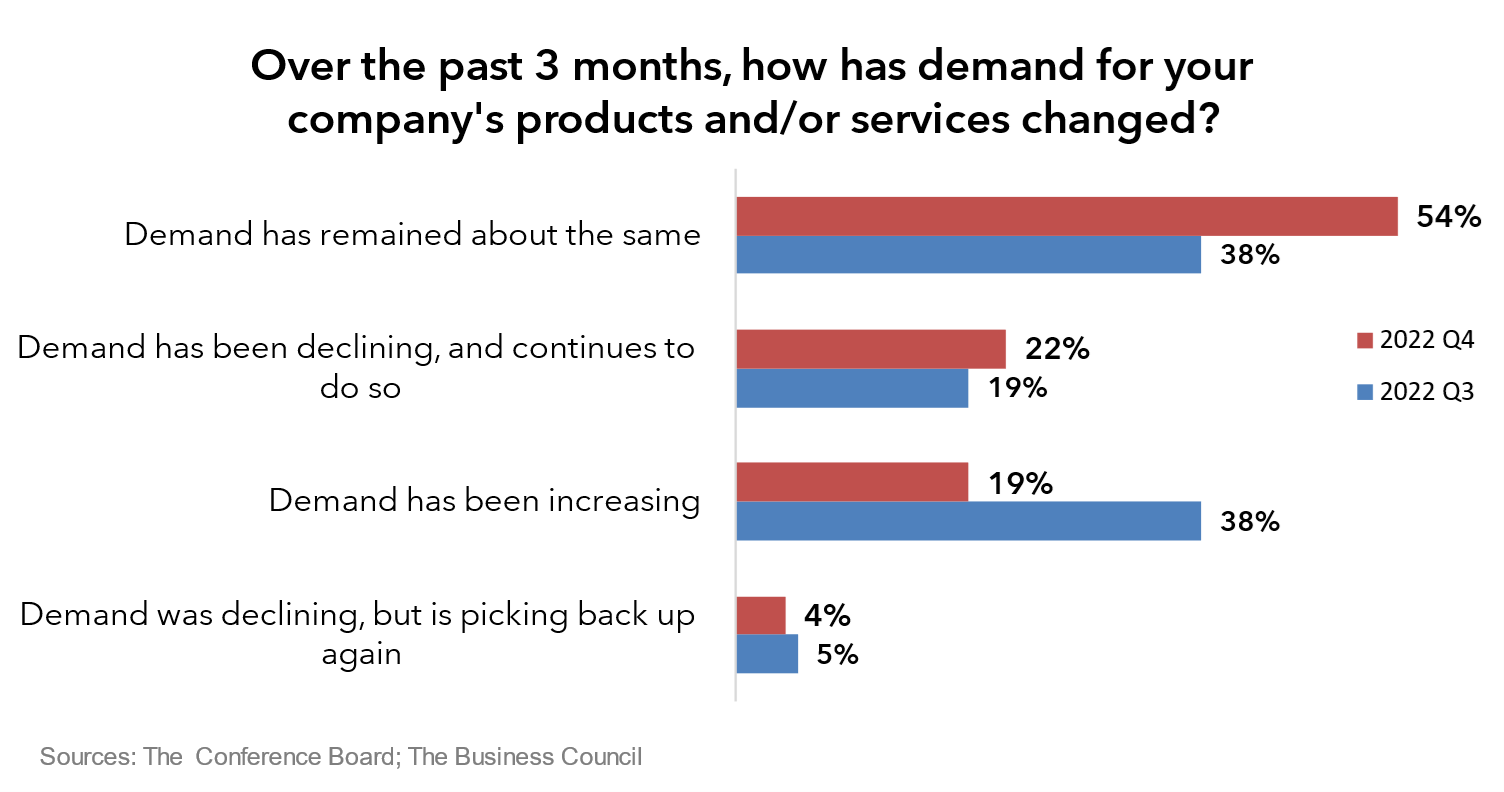 Close to 60% of CEOs said input costs over the past 3 months remained the same or rose with no easing expected by year-end, little changed from the prior survey. Thirty percent expressed similar sentiment about cost pressures but expected some easing by year-end. Only 8% said costs eased but not significantly enough to pass along savings to customers/consumers. 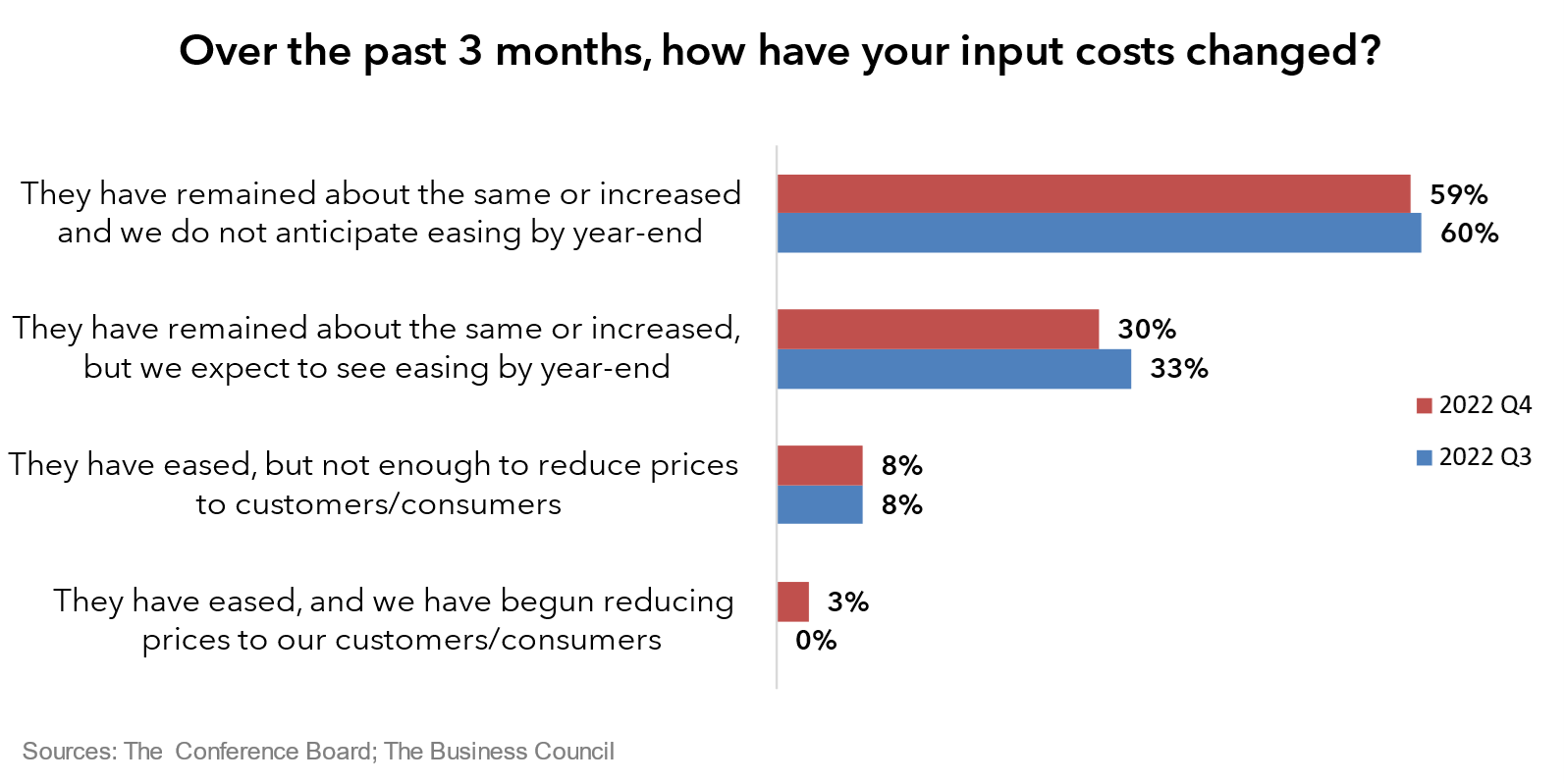 More than 33% of CEOs said the biggest global challenge facing their company by year-end will be political and governmental instability. Energy access and energy security were a distant second. 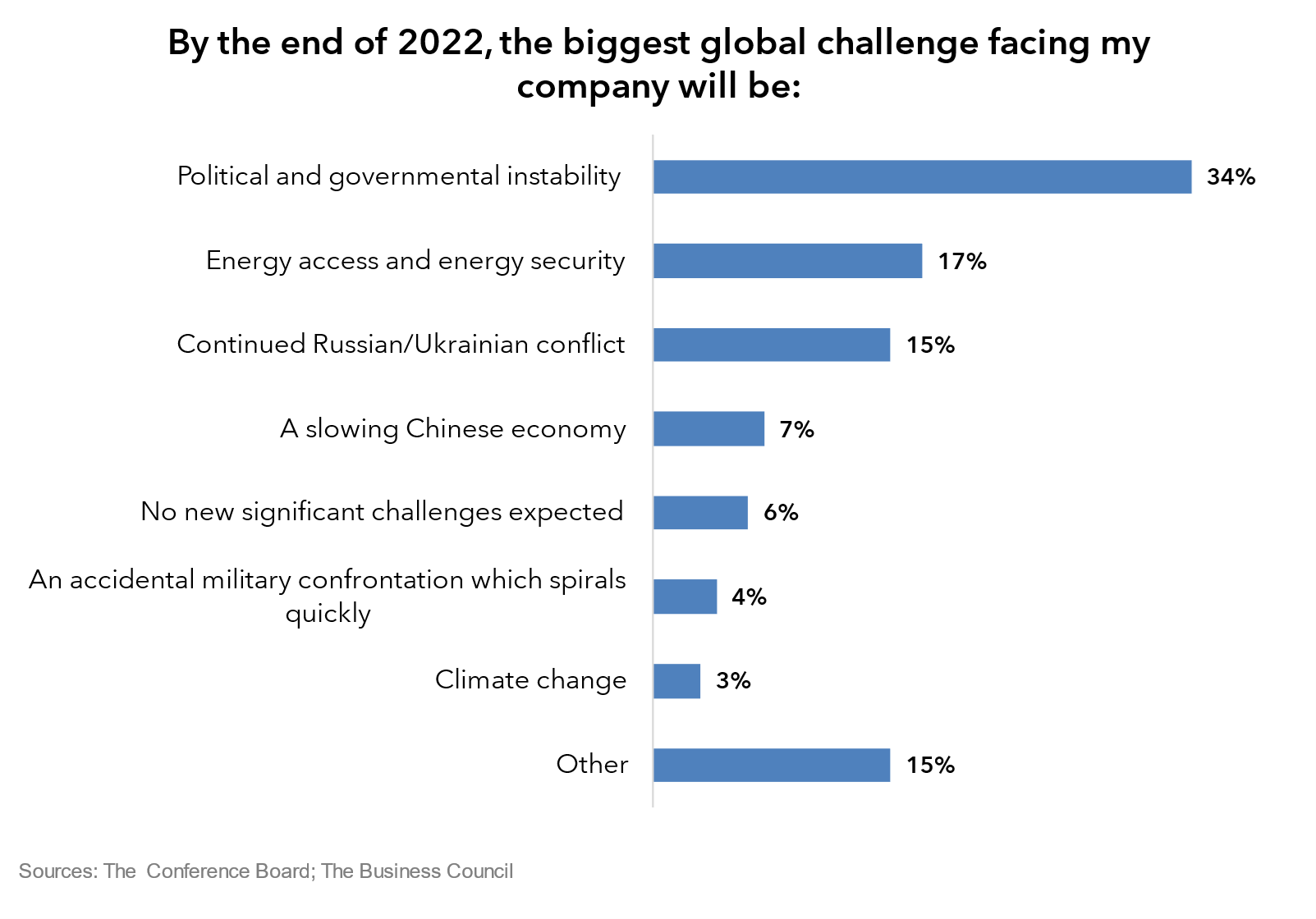