GlobalData: Mentions of ‘recession’ in company filings up to nearly 200 in Q2, representing nine-time hike from Q1, and mentions of 'inflation' up 26%; data show across all online, impulse buying is down and consumers are being more careful with money

The number of mentions of ‘Recession’ in company filings has shot up to just shy of 200 in Q2 2022, according to research by GlobalData—representing a 9x hike from Q1 2022. The leading data and analytics company notes that this spike has occurred alongside a 26% rise in mentions of ‘Inflation’, conversations about which have continued to increase since the start of the COVID-19 pandemic. 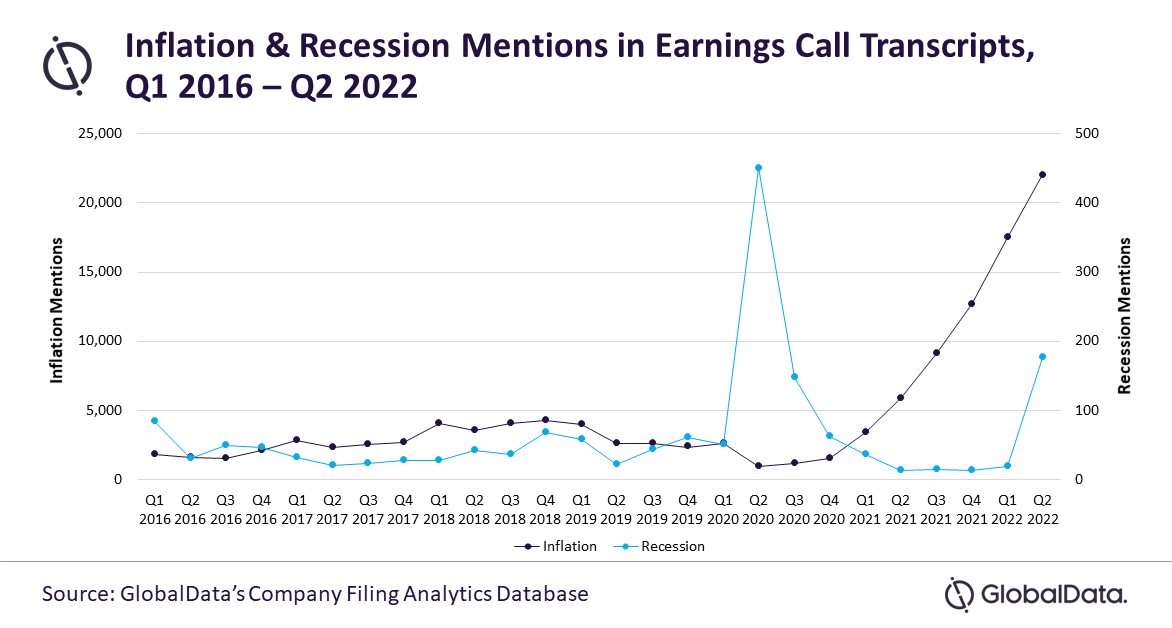 Ekta Chourasia, Business Fundamentals Analyst at GlobalData, comments: “Besides the huge uptick in Q1 2022, this is the most that ‘Recession’ has been discussed in the last six years. Concerns about inflation have been rising since Q2 2020, but the increased pressures surrounding the Russia-Ukraine conflict have had a great economic impact.

“The average sentiment of ‘Inflation’ declined 1% over Q1 2022. The discussions are not only just on inflationary issues but also on how companies are dealing with them. For example, firms are discussing offsetting wage inflation via hiring freezes.” 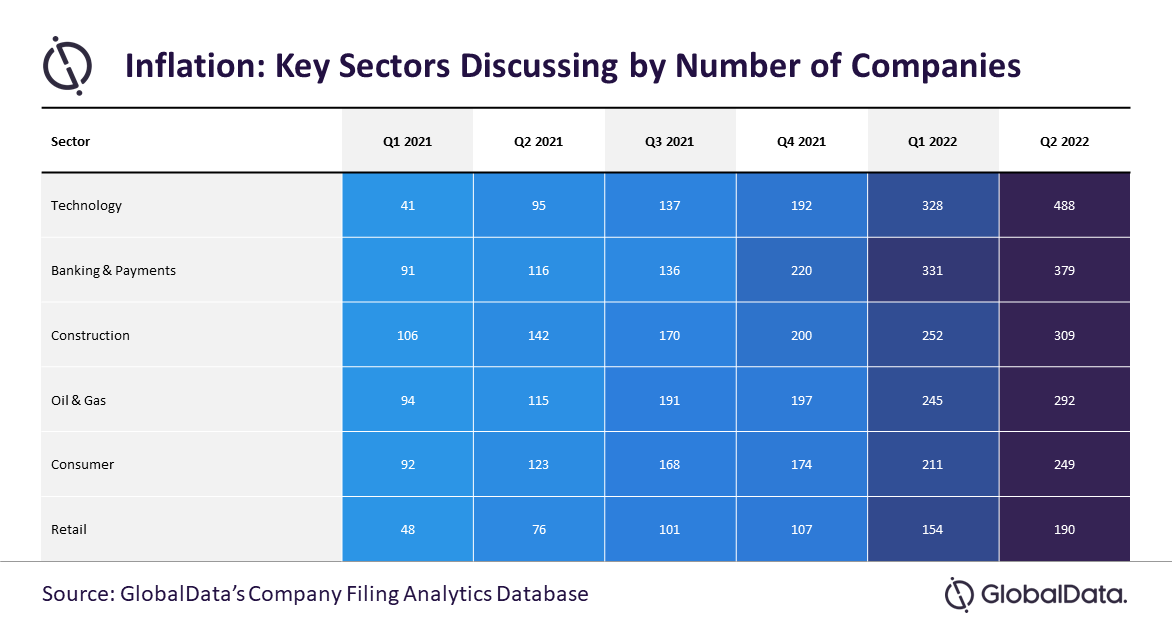 Chourasia continues: “Technology company NVIDIA has  been discussing a focus on budget for current employees. Meanwhile, Samsung Electronics discussed inflation in terms of supply chain issue, the impact of the COVID-19 pandemic on raw material prices, and the Russia-Ukraine conflict. Other big tech firms such as Meta and Alphabet declared hiring freezes in a bid to cut down their costs to combat inflation.”

In the Banking & Payments sector, Bank of America mentioned labor and wage pressures in its inflation discussions. However, there are companies that were optimistic, despite talking about inflation. For example, Visa noted that it expected no negative impacts to global payments volume due to inflation. Mastercard also mentioned that inflation would have no impact on its customer spending behaviour.

Reflecting on Amazon’s Q2 2022 results, Neil Saunders, Managing Director of Retail at GlobalData comments: “As the economy and consumer sentiment is deteriorating Amazon will need to run very fast up a downward escalator. On the demand side, the main issue is a general and widespread slowdown in purchases of discretionary items. Given that the bulk of what Amazon sells online falls into this category, it is not surprising that sales have moderated. GlobalData’s data shows that across all online, impulse buying is down and consumers are being far more careful with their money. As the largest internet player, Amazon is more affected than most by this dynamic. In contrast, sales at Amazon’s physical stores—which are dominated by the food offers at Whole Foods and its Amazon branded grocery stores—are up by 12% over the prior year, largely thanks to inflation.

“There is very little that Amazon can do other than to ride out the current trough. The quarters ahead are softer ones, in terms of prior year comparatives, and, with the benefit of Prime Day and perhaps another event in the final quarter, Amazon has a chance to put out some better top line numbers.”