Conservation groups sued the U.S. Forest Service today to challenge its approval of a massive logging project that would clearcut thousands of acres and log mature and old-growth forest in the Kootenai National Forest in northwestern Montana.

Today’s lawsuit, filed in U.S. District Court in Missoula, says the logging and road construction would threaten an imperiled population of grizzly bears on the Montana-Canada border and release significant amounts of carbon into the atmosphere.

“Allowing huge, old trees and crucial grizzly habitat to be destroyed is reckless and incredibly short-sighted,” said Randi Spivak, public lands director at the Center for Biological Diversity. “This massive logging project defies President Biden’s executive order aimed at protecting old trees. We need these magnificent carbon-storing forests to help fight climate change and we’ll do everything possible to save them.”

The Black Ram project will allow nearly 4,000 acres of the Kootenai National Forest to be commercially logged, including clearcutting more than 1,700 acres and logging hundreds of acres of centuries-old trees. These rare, old forests are champions of carbon storage, which reduces harms from climate change.

“For decades the Kootenai National Forest has been clearcutting our oldest, largest trees,” said Rick Bass, chair of the Yaak Valley Forest Council. “The proposed Black Ram sale is climate treason. The Department of Agriculture and Forest Service are deliberately undercutting the Biden administration’s commitment to battling climate change.”

The Forest Service approved the project June 21. The plan undermines Biden’s April executive order aimed at protecting mature and old-growth trees, as well as the administration’s claim that it wants to protect 30% of our lands and waters by 2030.

“In the midst of dual climate and biodiversity crises, the decision to move forward with this Trump-era project to clearcut mature forest stands and build roads into this wild gem tucked away in the northwestern corner of Montana is not merely farcical but actually tragic,” said Sarah McMillan, senior adviser at WildEarth Guardians. “What the Forest Service seeks to do here, in essential habitat for imperiled species such as Canada lynx, wolverine, wolves, and an at-risk population of about 25 bears, is akin to crushing sapphires to make concrete.”

The groups also issued a notice of intent today to sue the U.S. Fish and Wildlife Service, saying its approval of the project violates the Endangered Species Act. The agency has 60 days to respond to the notice.

Clearcutting and other forms of logging and bulldozing logging roads will destroy habitat for a largely isolated, fragile population of about 25 grizzly bears in the Yaak Valley. Constant truck traffic will expose bears to increased human conflict and death. The Forest Service concluded, and the Fish and Wildlife Service agreed, that the project will “likely adversely affect” the bears, which are struggling to survive in the area.

Logging in the Black Ram project area is expected to continue for a decade.

Many other mature and old-growth federal forests are at risk from proposed commercial logging projects. They include logging old forests on the Wild and Scenic Salmon River in northern California, cutting down more than 8,500 acres of mature forests in Vermont’s only national forest and logging old ponderosa pines across 30,000 acres in the Kaibab National Forest north of the Grand Canyon.

The 2.2 million-acre Kootenai National Forest includes the state’s lowest elevation along the Yaak River and reaches to the 7,700-foot Norwest Peak in the Purcell Range of northwest Montana. More than 190 species of birds and many other native animals, including wolves, Canada lynx, wolverines, mountain goats, bighorn sheep and black bears, roam the forest.

Mature and old-growth trees absorb and store significant amounts of carbon. Trees pull carbon pollution in the form of carbon dioxide from the atmosphere and convert and store it as carbon in their trunks, branches, leaves and roots. Trees continue to absorb and store carbon as they grow and age. 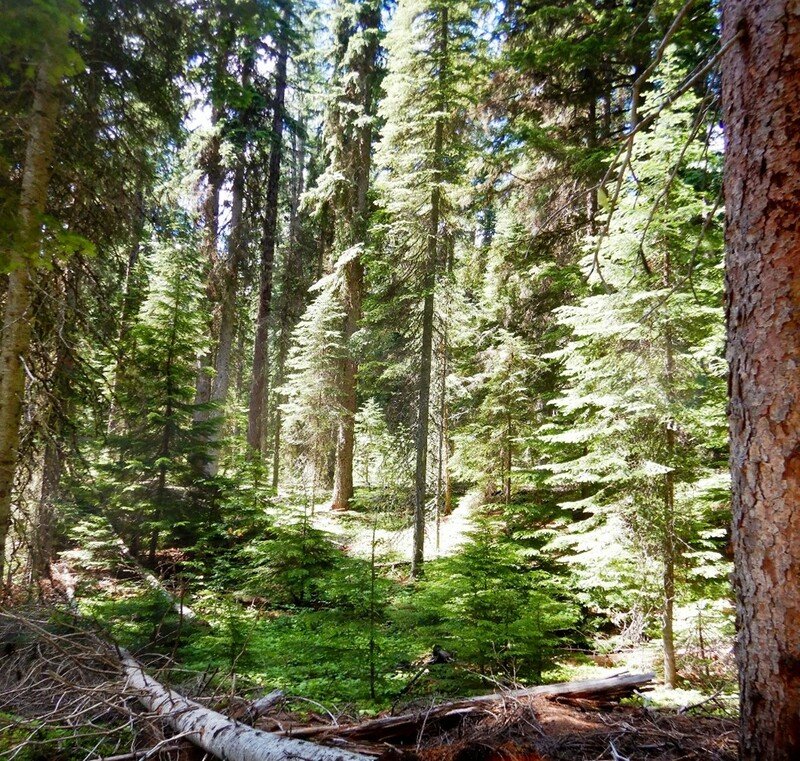 The Center for Biological Diversity is a national, nonprofit conservation organization with more than 1.7 million members and online activists dedicated to the protection of endangered species and wild places.

WildEarth Guardians is a conservation nonprofit whose mission is to protect and restore the wildlife, wild places, wild rivers, and health of the American West.

The Yaak Valley Forest Council works for a wild Yaak through science, education, and bold action across northwest Montana.