Asia is set to lead the global polyethylene terephthalate (PET) industry capacity additions with a share of 58% by 2026 from new-build and expansion projects between 2022 and 2026, forecasts GlobalData, a leading data and analytics company.

GlobalData’s latest report “Polyethylene Terephthalate (PET) Industry Installed Capacity and Capital Expenditure (CapEx) Forecast by Region and Countries Including Details of All Active Plants, Planned and Announced Projects, 2021-2026,” reveals that the total PET capacity of new-build and expansion projects in Asia is expected to reach 4.68 million tonnes per annum (mtpa) by 2026. The PET capacity additions are supported by increasing demand for the polymer in packaging in pharmaceuticals, food, and beverage industries.

Vinuthna Bidar, Oil and Gas Analyst at GlobalData, comments: “Asia is expected to add a capacity of 4.63 mtpa from five new build planned and announced projects, while the remaining capacity of 0.05 mtpa is anticipated to come from one planned expansion project.” 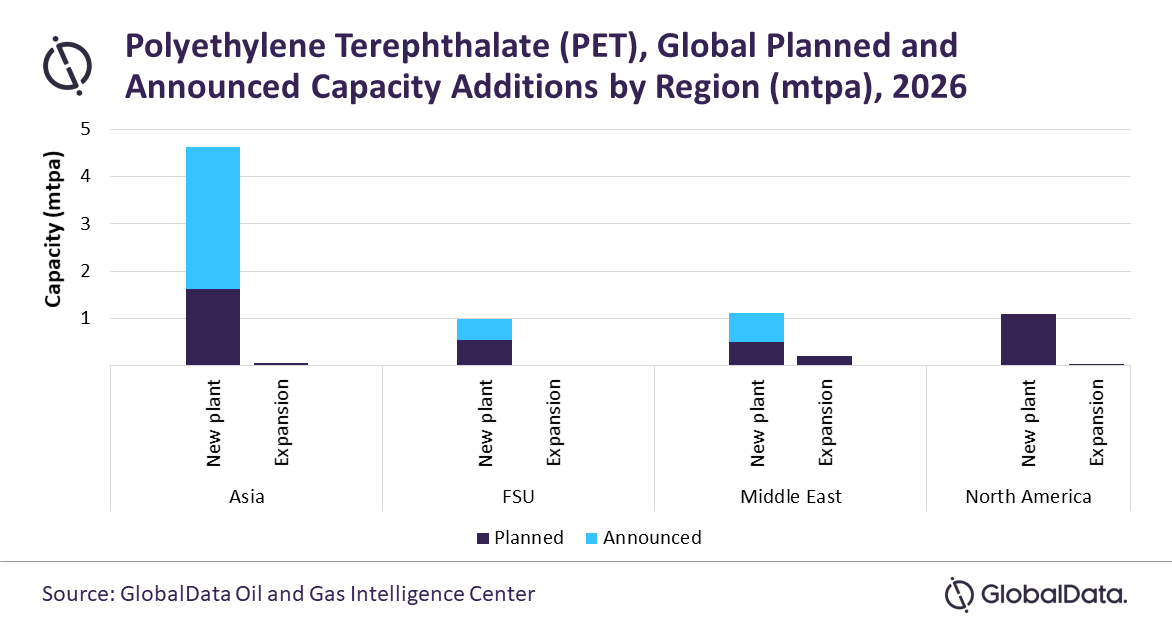 Vinuthna concludes: “India will see a significant capacity addition from Reliance Industries Dahej Polyethylene Terephthalate Plant 2, which is an announced project with a capacity of 1 mtpa. The planned project, Indo Rama Synthetics Nagpur Polyethylene Terephthalate Plant, will add a capacity of 0.23 mtpa to the PET capacity additions in the country. The projects are expected to come on stream by 2026 and 2022, respectively.”