GlobalData forecasts Asia to account for 45% of global PE capacity additions through 2026; region expected to add capacity of 27 million tonnes/year from 67 planned and announced projects, led by China at 10.39 tonnes/year and India at 8.99 tonnes/year

Asia is expected to lead the global polyethylene capacity additions between 2021 and 2026 with a share of 45%, according to GlobalData, a leading data and analytics company.

GlobalData’s latest report, ‘Polyethylene Industry Installed Capacity and Capital Expenditure (CapEx) Forecast by Region and Countries including details of All Active Plants, Planned and Announced Projects, 2021-2026’, reveals that Asia will have the largest capacity additions for the new build and expansion of the existing polyethylene projects during the forecast period.

Sudarshini Ennelli, Oil and Gas Analyst at GlobalData, says: “For the upcoming new build projects, Asia is expected to add a capacity of 27.0 million tons per annum (mtpa) from 67 planned and announced projects.” 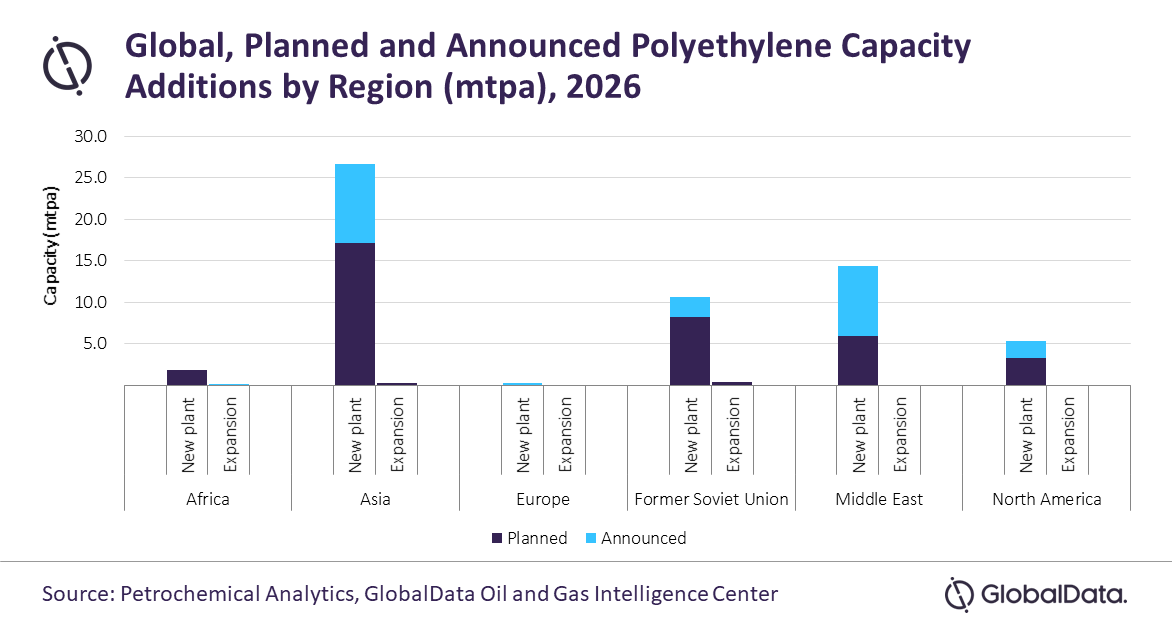