Asia is set to lead the global caustic soda industry capacity additions by 2026 with a share of 67%, driven by new-build and expansion projects, estimates GlobalData, a leading data and analytics company.

GlobalData’s latest report, ‘Caustic Soda Industry Installed Capacity and Capital Expenditure (CapEx) Forecast by Region and Countries including details of All Active Plants, Planned and Announced Projects, 2022-2026’, reveals that the total caustic soda capacity of new-build and expansion projects in Asia is expected to be 5.6 million tonnes per annum (mtpa) by 2026. 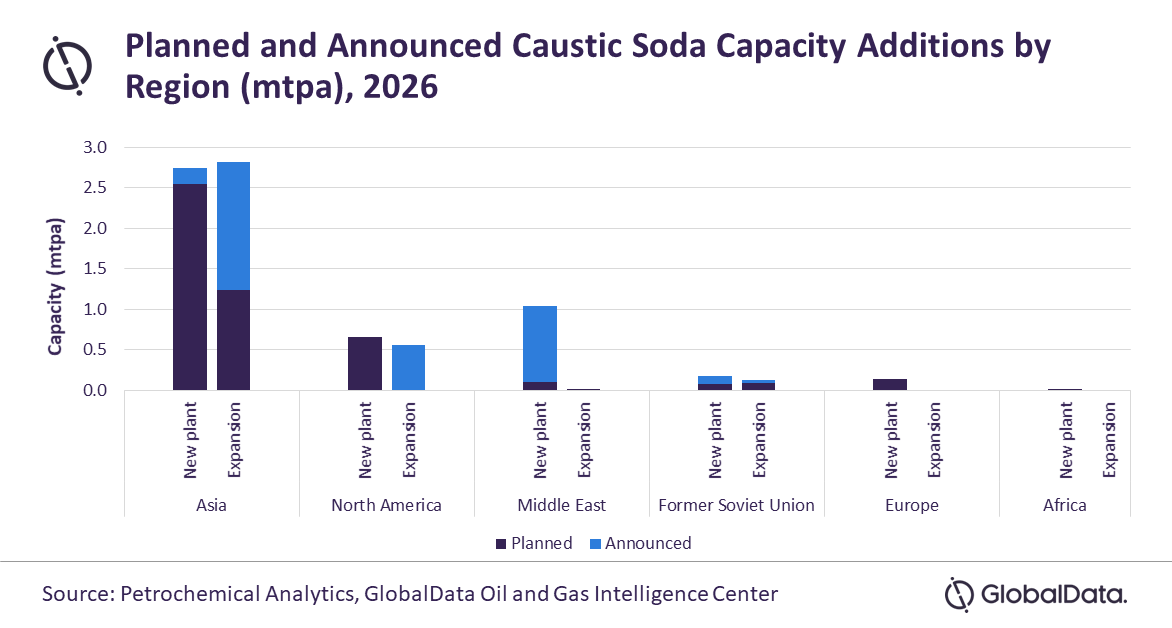 Ennelli concludes: “Lords Chloro Alkali Alwar Caustic Soda Plant will be the second major contributor with a capacity addition of 0.74 mtpa and is expected to start operations by 2023.”